'COVID-19 is not gone': New case under investigation in Nova Scotia's northern zone

HALIFAX -- Nova Scotia has ended its 11-day streak of no COVID-19 cases after identifying a new case in the provincial health authority’s northern zone.

This brings the total number of confirmed COVID-19 cases in the northern zone to 58.

The province says the new case is under investigation by public health and the person is not in hospital.

Chief Medical Officer of Health Dr. Robert Strang said during a news conference on Friday that more information will be released when it becomes available.

'WE HAVE TO REMAIN VIGILANT'

Before Friday, Nova Scotia had gone 11 days without reporting a new case of COVID-19.

The province’s last two confirmed cases of COVID-19 were reported on Aug. 2 in the Nova Scotia Health Authority’s central zone. Those cases are considered resolved.

The latest case brings the total number of confirmed COVID-19 cases to 1,072, but 1,007 cases are considered resolved, and 64 people have died, leaving one active case in the province.

"Overall, our COVID-19 case numbers remain low and infrequent and that's where we would like them to stay, but we have to remember, since July 1 we have had 10 new cases," said Strang. "We are announcing a new case today, so it's a reminder that COVID-19 is not gone ... we have to remain vigilant."

Among the 64 Nova Scotians who died from COVID-19 are 53 residents of the Northwood long-term care home in Halifax. The outbreak at Northwood is considered resolved. 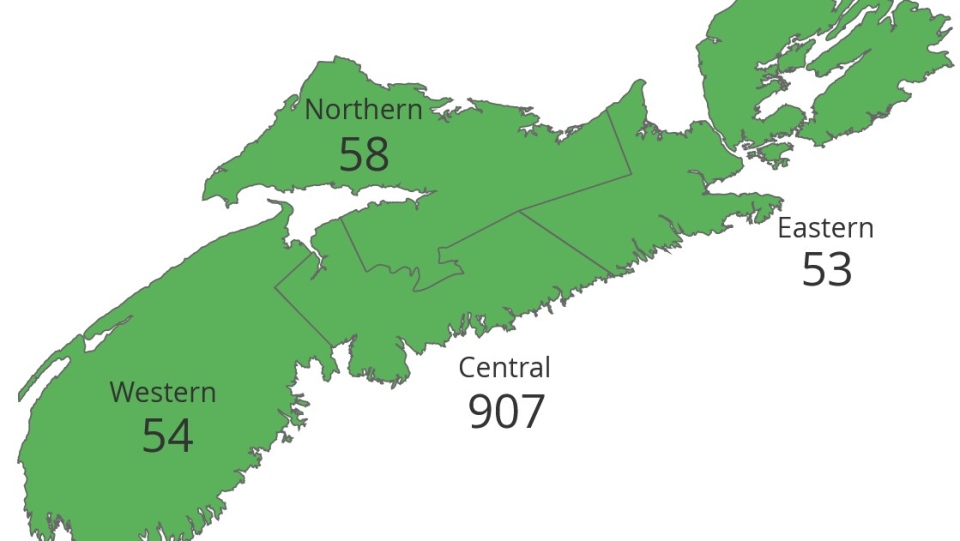 Masks on the street but not at work? Experts urge consistency

Routine dental visits should be delayed where there is still community transmission: WHO

Massive outbreaks in Israeli schools a 'cautionary tale' for Canada

Why you shouldn't be worried about getting the coronavirus from food