FREDERICTON -- A Second World War veteran on Prince Edward Island is about to become a centenarian and his granddaughter is asking the public to pitch in with a birthday card campaign.

"It's a pretty big deal," Jenna DesRoches said from Woodstock, Ont. "He probably wouldn't make as big of a deal of it as the rest of us are, but we're pretty excited to see him reach this milestone."

Percy DesRoches turns 100 on April 18 and a big party was in the works, but COVID-19 had other plans.

"I think it's just important that we celebrate and try and make something, even though COVID is obviously putting a huge damper on what we had planned for a celebration," said Jenna DesRoches.

His granddaughter has heard many of his war stories.

"He did actually get injured behind enemy lines, I believe once, and he basically had to play dead in order for them to not get him," Jenna DesRochessays. "So, they shot at his truck -- he was hauling munitions -- and he was hit, but not fatally, and he kind of, from the story I heard he slumped over the steering wheel and played dead, basically, and they didn't check to make sure he was." 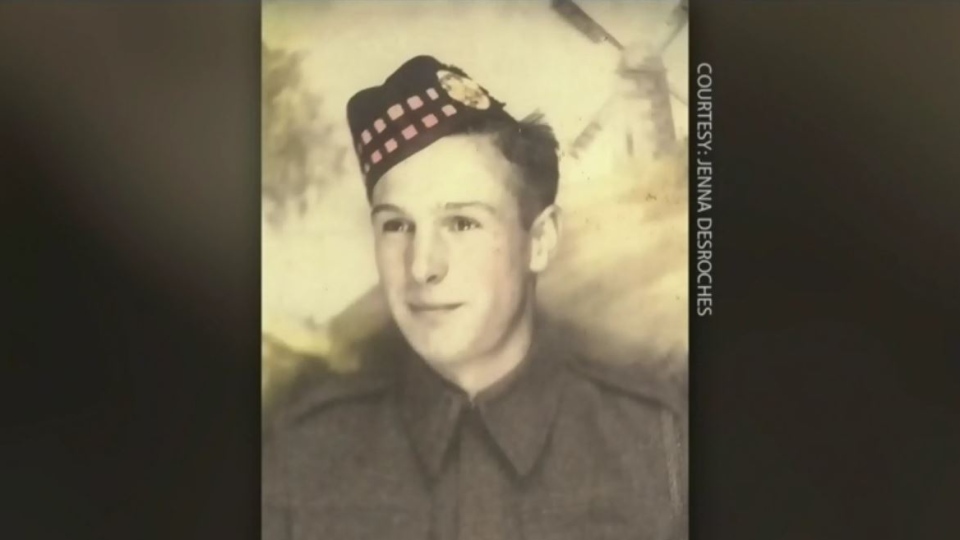 Cards are already pouring in just days after first posting to social media.

"We do have some cards from complete strangers that sent their messages and well wishes, wishing him a happy hundredth birthday, thanking him for his service," said Jenna DesRoches. "I just think that's really great, especially being in the manor. Hopefully it will give him lots to read."

It's been nearly two years since Jenna has been able to visit her grandfather.

She took this week off work hoping to visit for his birthday, but for now she will wait until provincial borders reopen.

"As soon as I can," said Jenna DesRoches. "I miss everybody there so much. If I have to switch shifts at work, or do something to get there as soon as I can, I will get there."

Jenna says her grandfather has received his COVID-19 vaccine, which is one less hurdle until their reunion.

If you want to send along birthday wishes to Percy DesRoches, here's the address: