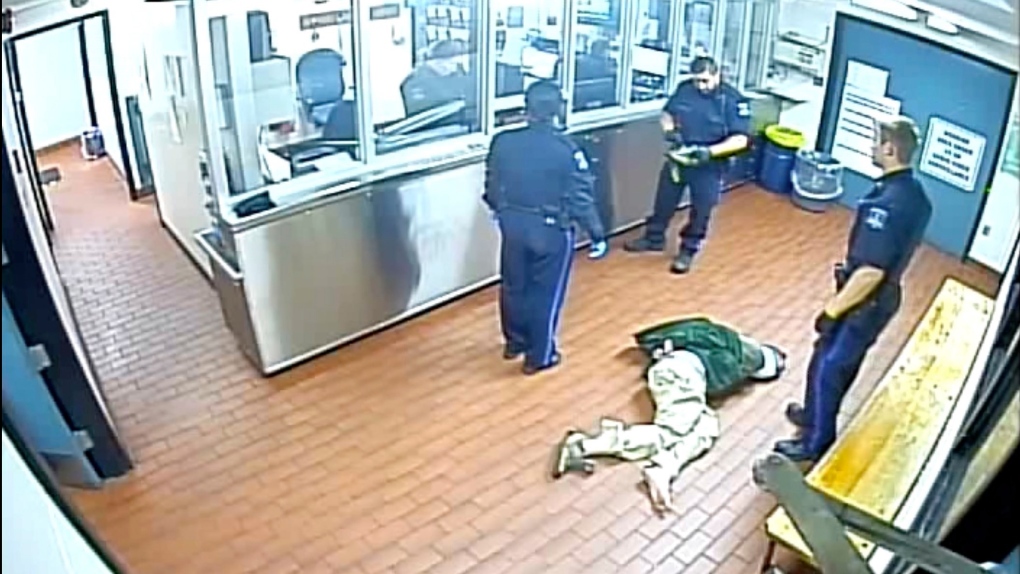 HALIFAX --  A prosecutor is appealing the sentences given to two special constables with Halifax police after their convictions in the June 2016 suffocation death of an inmate at the city's detention centre.

Chris Vanderhooft filed a notice of appeal on Monday, seeking a two-year jail sentence for both officers.

A jury found the booking officers guilty in November of criminal negligence in the jail cell death of Corey Rogers, who died of suffocation while lying in a cell with a spit hood covering his mouth as he appeared to be vomiting.

Coady had said in his oral ruling that neither Fraser nor Gardner needed to be deterred from committing further offences, and that they were good citizens.

Vanderhooft, however, says Coady erred by overemphasizing the officers' personal circumstances, and erred in the way he considered the aggravating and mitigating factors in the case.

Fraser and Gardner are appealing their convictions.

In his sentencing ruling, Coady said the goals of denunciation and general deterrence can be met without incarceration. He also said society didn't need protection from the two defendants, adding there was nothing to suggest they are in need of rehabilitation.

And while Coady concluded Fraser and Gardner were in positions of trust and authority over prisoners in their care, the judge said that factor had limited relevance in this sentencing. The Crown had asked for two-year prison sentences, while both defence lawyers had asked for suspended sentences with conditions.

The victim's mother, Jeannette Rogers, had called for a strict sentence, testifying that living every day without her son was like a "life sentence without the possibility of parole."

During the trial, the jury was shown video of Rogers, 41, heaving in a cell while wearing the spit hood. The mask prevents prisoners from spitting on guards, but also comes with instructions warning against leaving it on a highly intoxicated person who may vomit.

Rogers was arrested hours before his death outside a Halifax hospital where his wife had given birth to their child the day before. Trial evidence indicated he was extremely impaired after rapidly drinking half a bottle of whisky and that police saw him consume the liquor.

The arresting officers testified they placed the hood on Rogers' face after he was spitting in the police car on the way to the station.

Fraser and Gardner were charged in 2017 after an investigation by the Serious Incident Response Team -- Nova Scotia's police watchdog agency.