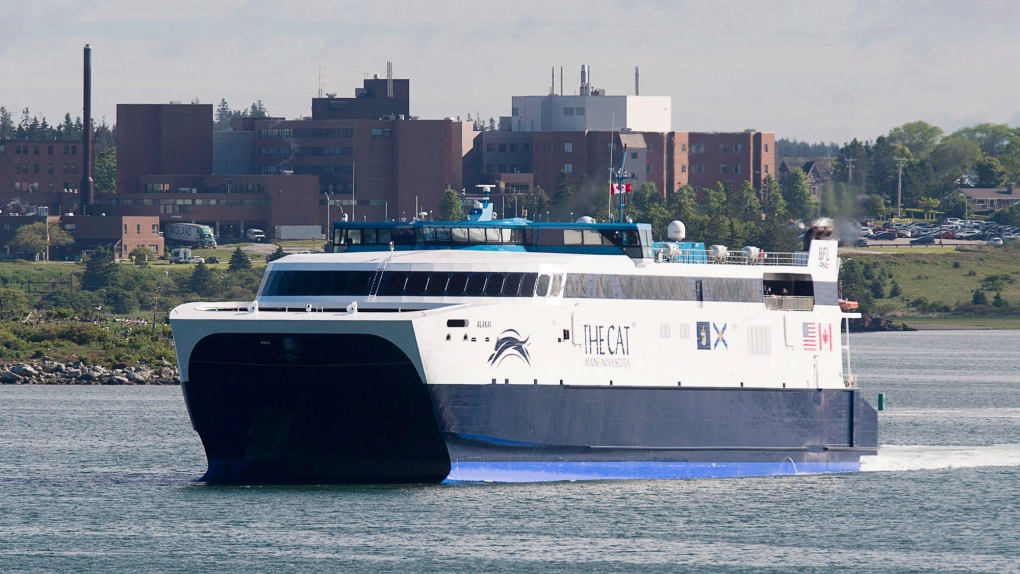 HALIFAX -- It still may not be clear where Nova Scotia's ferry to Maine will land next year.

The deadline for Bay Ferries to pull out of its lease with the port of Portland, Maine, has been extended until the end of the year, says Nova Scotia's transportation minister.

The deadline had been previously extended from Nov. 15 to Friday, but following a cabinet meeting Thursday Lloyd Hines said a potential lease agreement with Bar Harbor, Maine, still hadn't been signed, and so an extension is needed with Portland.

Hines said the plan still is to move to Bar Harbor for the upcoming season, although he admitted time is becoming an issue from a marketing standpoint.

"There are lots of facets to the process," he said. "Part of it is determining if we can actually get out of Portland in a timely manner. The whole thing is in motion but we are quickly reaching a decision point."

Bay Ferries said it carried 50,185 passengers between Yarmouth and Portland during the 2018 season -- a 21 per cent increase over the 2017 season. The province has provided $32 million in subsidies since the ferry service resumed in 2015.

Hines said Bay Ferries had told him that a move to Bar Harbor by June is "still feasible."

He also said a consultant has been looking at the costs associated with renovating the Bar Harbor terminal.

As part of the deal with Bar Harbor, Bay Ferries requires a commitment on the construction of a new $8 million U.S. Customs and Border Protection facility.

Bay Ferries submitted its proposal to the town of Bar Harbor in July, a month after the town voted to purchase the shuttered ferry terminal from the state for $3.5 million. The town voted to move ahead last month.

The company said in an email Thursday that the lease agreement could be signed by the town as soon as they take title to the terminal property.

Spokeswoman Rhonda Latter said until that happens, Bay Ferries has to maintain ties with Portland in case its port is needed again next season.

"We are keeping open that possibility while remaining issues around the transfer to Bar Harbor are concluded," she said. "We have been working in close collaboration with both the Town of Bar Harbor and the City of Portland throughout."

The ferry operator has said a number of factors are behind its proposed move, including fuel prices and the shorter trip from Yarmouth, N.S., to Bar Harbor.