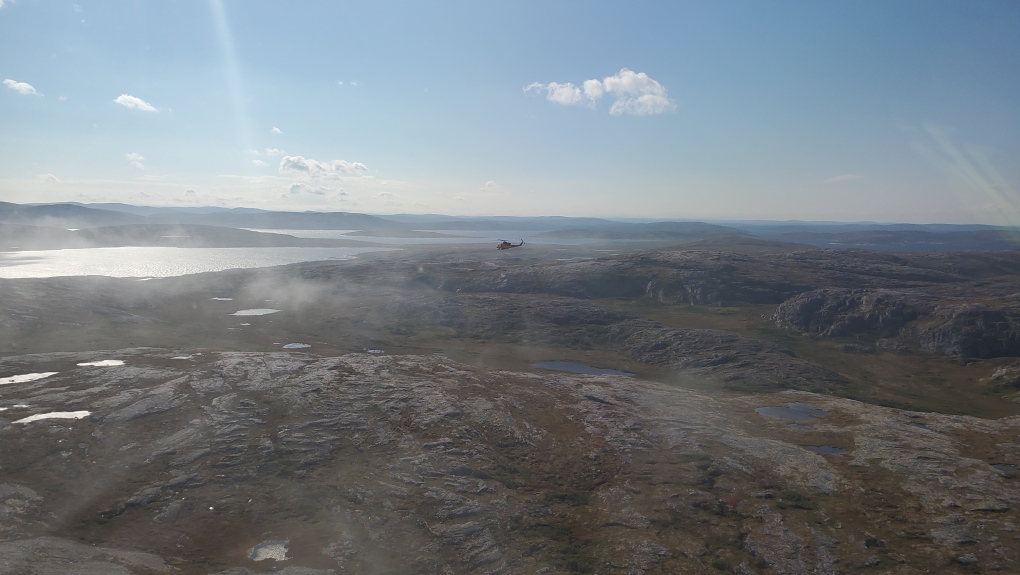 Searchers have located a blue storage tub that the joint rescue co-ordination centre says is likely debris from a nine-metre fishing boat that went missing with two men on board off Labrador. (Photo: @hfxjrcc/Twitter)
MARY'S HARBOUR, N.L. -

Searchers have located debris that the joint rescue co-ordination centre says is likely from a nine-metre fishing boat that went missing with two men on board off the coast of Labrador.

The fishing vessel Island Lady departed the small coastal community of Mary's Harbour Friday morning with two men on board, and was reported missing that night.

The Cape Islander-style boat had two outboard motors and was equipped with radio, and had been expected back in the harbour by 5 p.m. on Friday.

Military helicopters, airplanes, coast guard cutters and local fishing boats were participating in the search on Sunday as it stretched into a second day.

Lt.-Cmdr. Brian Owens, a spokesman for the joint rescue co-ordination centre, said searchers located blue storage bins and some additional fishing gear "that may be from the Island Lady."

"With this information, we are continuing the search in the area near where the debris was found and hopefully this will produce some results," he added in an email at about 6 p.m. local time.

Family members identified the two missing men on social media as Marc Russell and Joey Jenkins, and said Russell made a call around 4 p.m. on Friday evening as his boat was heading back to harbour. The co-ordinates of the call were passed on to searchers.

Owens said the search had expanded to cover more than 3,000 square nautical miles as of Sunday morning.

A number of coastal communities in Labrador held prayer vigils for the missing men overnight on Sunday.

This report by The Canadian Press was first published Sept. 19, 2021.