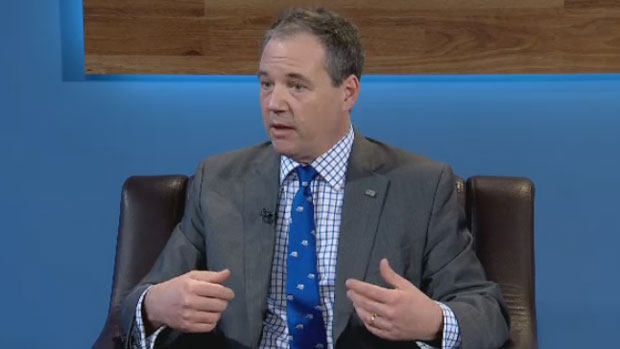 David Fraser, a privacy lawyer who accepted the 19-year-old's defence, said today that after meeting with the youth, he's further convinced the man was merely downloading information he believed to be in the public realm.

HALIFAX -- A lawyer who represents a young Halifax man alleged to have breached a Nova Scotia government freedom-of-information website says he's optimistic police and prosecutors will accept the case is too weak to continue.

David Fraser, a privacy lawyer who is leading the 19-year-old's defence, said Thursday that after meeting with the youth, he's further convinced he was merely downloading information he believed to be in the public realm.

Fraser said the youth unknowingly gathered some personal information last month that the province should have taken basic steps to protect.

"I'm optimistic that based on all the publicly available information ... there's nothing to suggest a fraudulent or malevolent intent. That's an essential element of the offence in the Criminal Code ... and I don't see that there," he said.

The lawyer said he's hopeful that police will reach the same conclusion, as they attempt to determine from their investigation if there are reasonable and probable grounds to believe that a crime was committed.

To date, police have said they briefly arrested the man and alleged "unauthorized use of a computer," a rarely used provision of the Criminal Code.

The young man was given a notice to appear in court on June 12, though no formal charges have been laid yet.

The Criminal Code provision says the hacker's actions would have to occur "fraudulently" and without the person having a legal right to access the site, in order for a conviction and a penalty of up to a decade in jail.

Fraser said the youth and his family are in a state of anxiety as a criminal investigation continues into its third week.

"I think quite naturally they want it to be over. It's a significant shadow that's looming. You have a young person at the beginning of his life. To have this happen is a significant shock," he said.

"And to put it behind him is I think a natural desire."

However, Fraser said the family has been heartened by an outpouring of public support that's included an online fundraising campaign that's swiftly raised over $10,000 towards a goal of $50,000 to cover legal costs.

Premier Stephen McNeil initially referred to the alleged breach as "stealing," as his government faced opposition criticism for its alleged failure to ensure sensitive information on the site was properly protected with passwords and firewalls.

He and his government have since backed away from similar strong language, saying only that the ministry of Internal Services took "appropriate measures" by handing the matter to police.

Meanwhile, the province's privacy commissioner is investigating whether the province broke its own privacy regulations with a lack of protection of the website. The auditor general has also been called in by the province to look at the breach.

About 700 people were affected by the breach of the 7,000 documents accessed between March 3 and March 5, according to the province. Many of the documents are files they've applied for under freedom-of-information requests.

In an interview with the CBC, the young man's family members were critical of the April 11 police search of their home, saying 15 officers were involved and the house was left in disarray.

Police have said the family can complain to the police and ultimately to the province's police complaints commission if procedures weren't followed.

Details about the rationale for the search have been sealed by the courts.

Meanwhile, Chris Hansen, a spokeswoman for the prosecution service, said in an interview that she can't confirm if the Crown has been providing consultation to the police.

In New Brunswick, Quebec and British Columbia, charges must be pre-approved by the Crown.

However, in Nova Scotia police may choose to consult with the Crown and can decide to lay charges on their own.

Hansen said it is only after charges are sworn by police that the Crown would review the police evidence.

At that point, prosecutors have a much higher standard than police in order to proceed.

They employ a two-step test, first assessing if there is a reasonable prospect of a conviction based on the evidence, and then whether it is in the "public interest" to pursue a prosecution.