Desmond inquiry: psychologist says soldier showed no signs he was an abusive husband 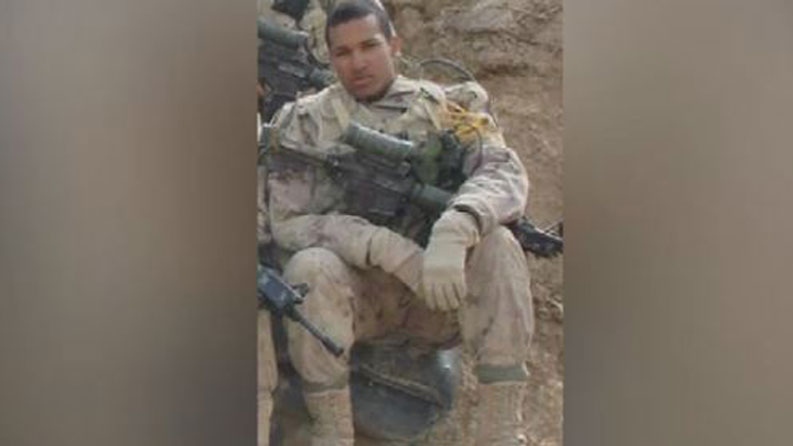 PORT HAWKESBURY, N.S. -- An inquiry investigating why a former soldier killed his family and himself in 2017 heard Wednesday from a psychologist who said she didn't detect warning signs about domestic violence when he began treatment in 2011.

Wendy Rogers, a psychologist contracted by the military, said she would have picked up on indications Cpl. Lionel Desmond was prone to violence or abusive behaviour while he was being treated for post-traumatic stress disorder and depression.

"He never spoke about his wife in a derogatory manner," she told the provincial fatality inquiry, adding that he did not have any suicidal or homicidal tendencies. "There was nothing that raised red flags for me."

Desmond, a corporal who served with the 2nd Battalion, Royal Canadian Regiment, had been diagnosed with PTSD in 2011 after a particularly intense seven-month tour of duty in Afghanistan in 2007.

Rogers said she was shocked when she heard about the triple murder and Desmond's suicide on Jan. 3, 2017. "I could not have predicted it, especially his daughter," she said. "He loved that little girl."

The psychologist said that in 2012, Desmond felt "distressed" about the fact his wife, Shanna, had texted him to ask for a divorce. Rogers, however, insisted he showed no anger toward his wife.

"It was like an indifference," she told the inquiry, adding that this attitude was common among former combat soldiers with PTSD.

Earlier in her testimony Wednesday, Rogers said Desmond was very depressed, spoke slowly and didn't show much emotion when they first met in December 2011 while he was posted to Canadian Forces Base Gagetown in New Brunswick.

She said she encouraged him to become more active, and she used prolonged exposure therapy, which teaches patients to make audio recordings about traumatic memories and then replay those recordings to help diminish their anxiety.

The psychologist said Desmond talked about the revulsion he felt when he saw the partial remains of an enemy fighter in Afghanistan. "It was a very horrific sight," she testified. "It was one of the things that haunted him ... (But) his distress levels about the event decreased over time."

Desmond responded well to therapy in 2011 and 2012, Rogers said, adding that he appeared ready to return to active duty by February 2013.

She later learned, however, that her former patient had suffered a significant relapse in May 2013 when he was subjected to racist comments about his African Nova Scotian heritage while working at the base.

Four months later, Desmond told Rogers he could not stop thinking about the incident. "It was causing him a lot of distress," she told the inquiry, adding that Desmond said he was so angry that he was worried he might hurt someone.

Rogers also recalled that Desmond told her about how he was the target of racist comments as a boy growing up in Guysborough County in eastern Nova Scotia. He also talked about how Black youths from his neighbourhood would sometimes fight with white kids on Friday nights.

"He would have been exposed to racial comments throughout his life," she said, adding that Desmond never said anything about experiencing racism while serving in Afghanistan.

It was clear that the stress from the incident at the base had led to a relapse of symptoms, but Rogers said the setback appeared to have little to do with combat-related PTSD.

The relapse prompted the military to reconsider Desmond's return to regular duty, and the process to have him medically released was set in motion, Rogers added.

On May 13, 2015, a military medical official submitted a form stating Desmond's PTSD was "still active" and that he had "never achieved remission."

The document said the soldier was facing several stressors, including his pending medical release, "marital strain with potential for divorce" and separation from his daughter.

"Status not stable, continues to deteriorate, wants to improve, but struggles with same," the document said. Despite these pressures, Desmond displayed no indications of wanting to kill anyone or himself, the medical official concluded.

As a veteran, he was recommended for continued treatment at the operational stress injury clinic in Fredericton and he was later told to take part in a six-month residential treatment program at Ste. Anne's Hospital in Montreal.

The inquiry has heard that he left the program three months early and returned home to Upper Big Tracadie, N.S., in August 2016.

Evidence presented to the inquiry has shown that Desmond received no therapeutic treatment during the four months before he bought a semi-automatic rifle on Jan. 3, 2017, and later that day fatally shot his 31-year-old wife, their 10-year-daughter, Aaliyah, and his 52-year-old mother, Brenda, before killing himself in the family's home.

This report by The Canadian Press was first published Feb. 24, 2021.