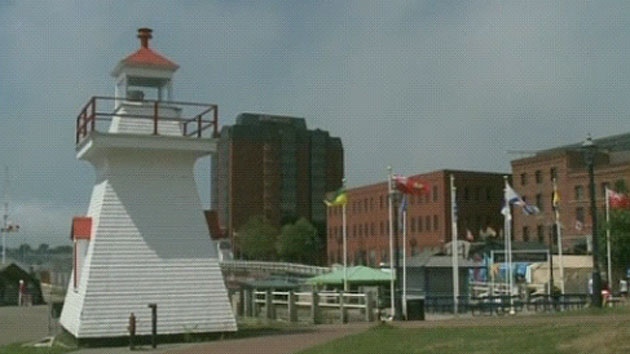 It has taken more than 30 years, but the Digby Lighthouse is finally going home.

The lighthouse was built more than a century ago in Digby, N.S. and was a fixture in the area at the ferry terminal until the 1970s.

The Canadian Coast Guard then brought the lighthouse to Saint John for storage, where it eventually became a long-term fixture at Loyalist Plaza.

Many people in Digby largely forgot about it over the years, but some town officials did not, and a delegation visited the Port City earlier this year to negotiate its return.

They were successful. The Saint John Waterfront Development Corporation says it’s time for the lighthouse to go back to its proper home.

“We have three lighthouses on the waterfront, so handing back one to help invigorate the heritage development of another Bay of Fundy community is wonderful,” says Kent MacIntyre, a spokesperson for Saint John Waterfront Development.

Officials concede its days on the Saint John waterfront were likely numbered anyway, thanks to ambitious plans to redevelop the large section of the waterfront.

A team from Digby will soon be crossing the Bay of Fundy to examine ways to move the lighthouse back.

Moving it by boat is the favoured solution, at the moment.

Despite its long tenure on the waterfront, many Saint John residents don’t seem to mind losing the beacon.

“It was only a temporary loan anyway, 30 years, so it should go back,” says one resident. “It’s theirs.”

“Yes, we should give it back to Nova Scotia,” says another. “We brought it over here temporarily. We don’t need three lighthouses.”

The lighthouse repatriation still needs final approval from Saint John Council, but plans are already in the works for the move, which is expected to take place next month.