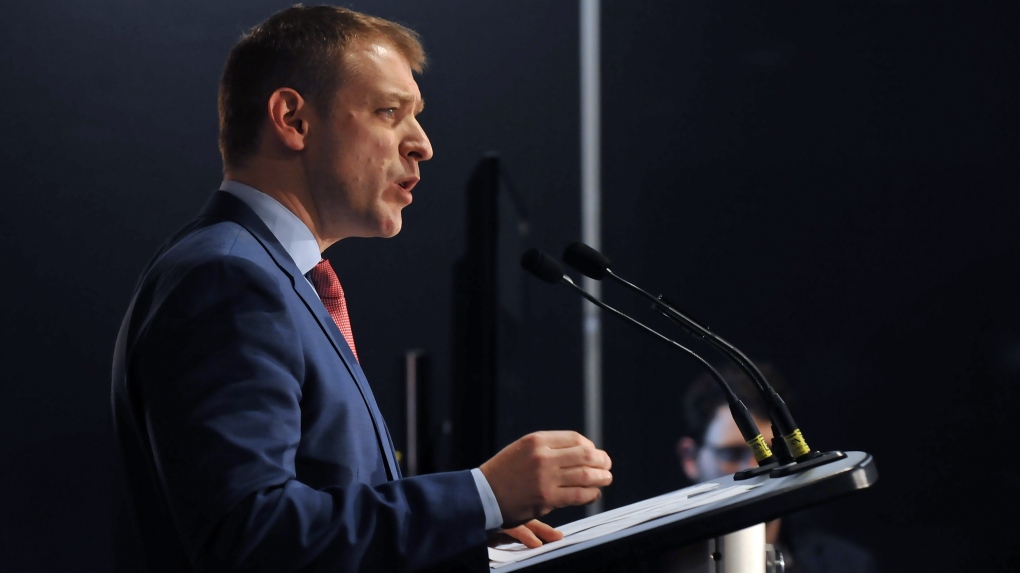 Furey said in a statement on Thursday Chretien mentioned the plan during a phone call last summer when Furey was running for leader of the provincial Liberals. (THE CANADIAN PRESS/Douglas Gaulton)

ST. JOHN'S, N.L. -- Mayor John Spencer considers himself and his town lucky: though Port aux Basques, N.L., is a nine-hour drive away from specialized health care in St. John's, at least it's connected by a modern highway.

Residents in need of cancer care in such nearby towns as Isle aux Morts or Burnt Islands first have to drive a pockmarked, two-lane road through the crags of Newfoundland's southwestern tip before they even hit the main route to the capital.

Spencer emphasizes there is no resettlement program at play. "But it's happening," he said in an interview Tuesday. "People are moving to areas where they can avail of services, and medical is number one."

Newfoundland and Labrador's crushing debt and plans for an economic recovery have so far dominated discussion since Liberal Leader Andrew Furey called an election Friday.

But on Monday, as Furey stood outside a long-term care centre to announce improvements, hands reddening in the cold, the Newfoundland and Labrador Medical Association flipped the switch on its own campaign pleading with party leaders to address critical problems in health care, beginning with the 90,000 people in the province -- one in six residents -- who don't have a family doctor.

In an interview Tuesday, Powell said many young Newfoundland and Labrador physicians are put off by the fee-for-service payment structure, which puts an emphasis on quantity rather than quality of care. "High volumes are what's rewarded, and most young physicians coming out are not trained to see huge volumes of patients. They're trained to provide good quality care."

It also leads to burnout, Powell said -- a claim backed up by a recent report from the Harris Centre at Memorial University in St. John's, which says 36 per cent of the province's physicians are dissatisfied with their work-life balance, compared to 26 per cent in Canada. Fourteen per cent had plans to leave the province, whereas the same was true for just three per cent of doctors elsewhere in Canada.

The medical association is asking leaders to set goals for retaining more graduates from Memorial University's medical school. Powell stresses that people who grew up in Newfoundland and Labrador want to stay, doctors included. But they can easily wind up the only medical professional in town, always on call, and always overworked, she said.

"It's all well and fine to live in rural Newfoundland and have a Ski-Doo, but if you can never get on it, you've lost some of why we stay here," she said.

Newfoundland and Labrador is the most sparsely-populated province in the country, as well as the oldest and most rapidly aging, particularly in rural areas. Spencer estimates the average age in Port aux Basques is about 55.

That makes for an expensive, challenging health-care system, Powell acknowledges. That same report that looked at physician satisfaction says that even with a shortage, Newfoundland and Labrador has the highest number of family physicians per capita in Canada. The province estimates it will spend $3.4 billion dollars, or 40 per cent of its budget, on health care this fiscal year.

Powell said the association supports Furey's economic task force, assembled in the fall to look at the how the province can restructure its services to be more cost-effective. The Progressive Conservatives and the NDP have been critical of the team, saying it's likely to recommend privatization and austerity measures.

Voters will head to the polls on Feb. 13 before seeing a first draft of the team's recommendations, due on Feb. 28.

Furey, a surgeon, has acknowledged the association's concerns and said his party is committing to filling gaps in the system. On Tuesday, he promised to invest more in telehealth and digital platforms allowing patients to connect with doctors virtually.

Spencer said he supposes that telehealth services are the way things have to go. He knows of people in his community who need medical care in St. John's, and simply can't afford the long commute and the costs of hotels. "We know the gap is widening in relation to those who have and those who don't have, and it becomes very, very difficult," he said.

This report by The Canadian Press was first published Jan. 19, 2021.