Dominic LeBlanc back in Commons for first time since cancer diagnosis 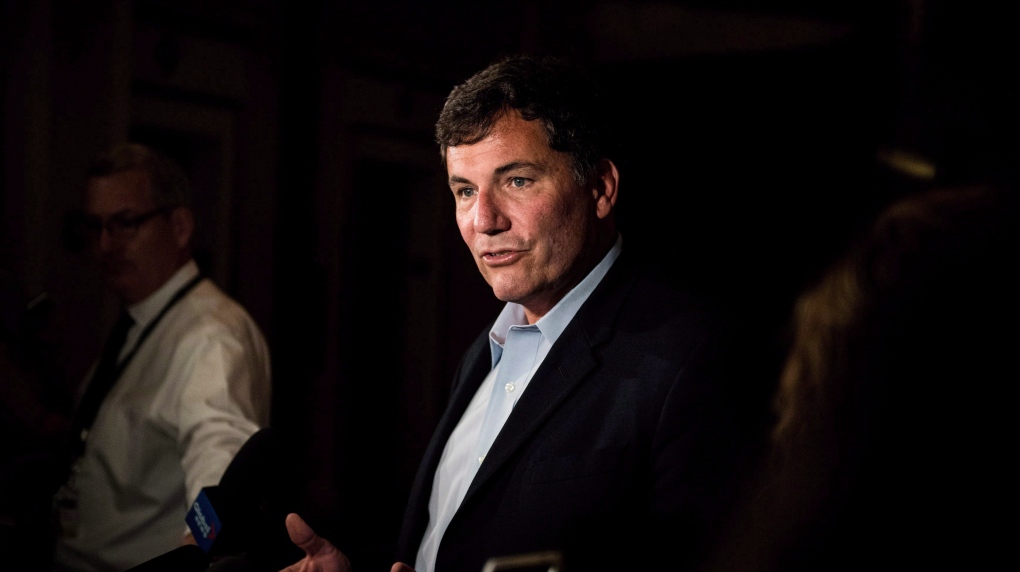 He easily won re-election in October in his New Brunswick riding of Beausejour, despite being unable to campaign while receiving treatment for non-Hodgkin lymphoma.THE CANADIAN PRESS/Matt Smith

OTTAWA -- Veteran Liberal MP and cabinet minister Dominic LeBlanc took his front-bench seat in the House of Commons on Monday for the first time since he was diagnosed with a form of blood cancer last April.

He easily won re-election in October in his New Brunswick riding of Beausejour, despite being unable to campaign while receiving treatment for non-Hodgkin lymphoma.

In November, he wore a mask to attend the swearing-in ceremony for Prime Minister Justin Trudeau's new cabinet and he did not show up for a subsequent brief sitting of Parliament in December.

Trudeau named LeBlanc to be president of the Queen's Privy Council.

As such, LeBlanc has no department to run but he is responsible for the files that used to be handled by the minister of democratic institutions, a position that no longer exists.

He is also responsible for government interaction with the Senate.

In his mandate letter, Trudeau said he will assign LeBlanc additional duties as his health continues to improve.

Although he was not called upon to speak Monday in the Commons, he could be seen chatting cheerfully with cabinet colleagues during question period.

This is the second time LeBlanc has rebounded from a form of blood cancer. He was diagnosed in April 2017 with chronic lymphocytic leukemia and was declared in "complete remission" by fall 2018.