Driver charged after pedestrian struck and killed in Halifax 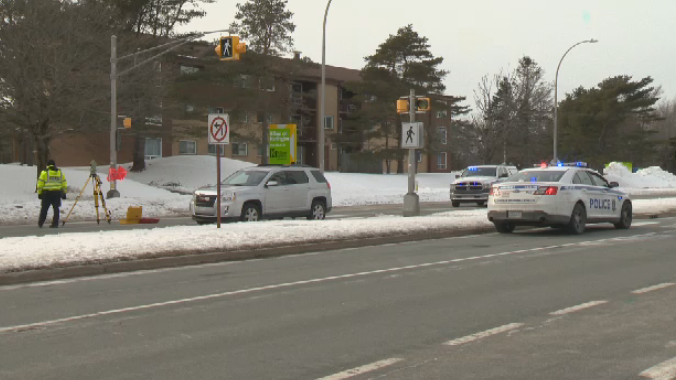 Halifax Regional Police respond to a pedestrian collision in Clayton Park on Feb. 18, 2020. The pedestrian died from her injuries.

HALIFAX -- A man has been charged after a pedestrian was struck and killed in Halifax Tuesday afternoon.

Halifax Regional Police responded to the collision at the intersection of Dunbrack Street and Clayton Park Drive around 1:20 p.m.

Police say a woman was crossing Dunbrack Street in a marked crosswalk when she was struck by a pickup truck.

The 74-year-old Halifax woman was taken to hospital, where she died. Her name has not been released.

The driver of the truck, an 83-year-old Halifax man, has been charged with failing to yield to a pedestrian in a crosswalk.

Dunbrack Street was closed to traffic between Lacewood Drive and Clayton Park Drive for several hours Tuesday. It has since reopened.