Driver injured after plow truck collides with vehicle in Halifax 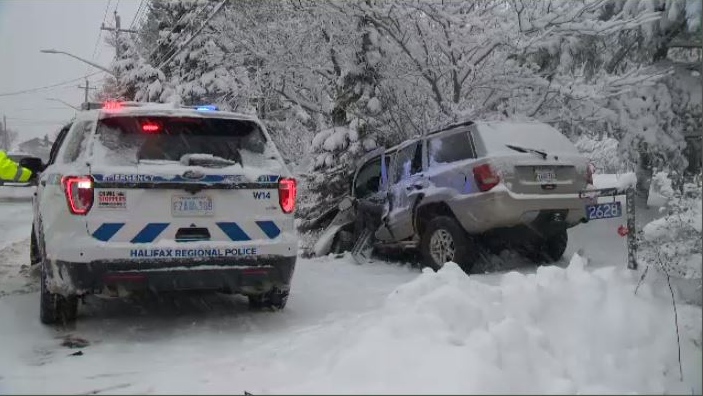 HALIFAX -- One person was sent to hospital after a plow truck collided with a vehicle in Halifax during Wednesday’s snowstorm.

Halifax Regional Police responded to the collision in the 2600 block of Old Sambro Road at 1:45 p.m.

Police say the Department of Transportation plow truck struck the vehicle, which was headed in the opposite direction.

The plow driver wasn’t injured, but the driver of the other vehicle was taken to hospital with non-life-threatening injuries.

While police were on scene, a third vehicle travelling on Old Sambro Road lost control and ended up in the ditch, in order to avoid the other two vehicles. The driver wasn’t injured.

The road was closed to traffic for a short period of time while the vehicles were removed from the scene.

Police don’t expect to lay charges as the collision was due to slippery road conditions during the storm.

Editor’s note: Police initially said the plow truck was a municipal vehicle. They later clarified that it was a plow truck with the Department of Transportation.