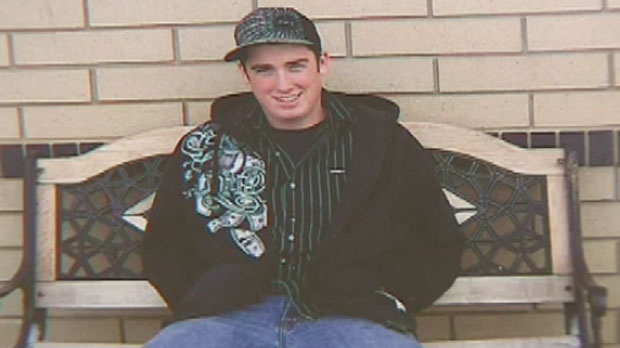 An autopsy showed Joshua Graves overdosed on a fatal mixture of alcohol and hydromorphone – often referred to as dilaudid.

The trial is underway for a man charged in connection with a prescription drug death in Nova Scotia.

Kyle David Fredericks, 23, of Kentville has pleaded not guilty to criminal negligence causing death and drug trafficking in a controlled substance in the death of Joshua Graves.

An autopsy showed Graves overdosed on a fatal mixture of alcohol and hydromorphone – often referred to as dilaudid.

Graves' death became the driving force of a grassroots campaign – led by his sister Amy Graves – to get prescription drugs off the streets of the Annapolis Valley.

Police say information received from a public complaint led to the criminal charges.

Fredericksis the first person in Nova Scotia to be charged with criminal negligence causing death and trafficking in connection with a drug-related death.

“Well, it’d be nice to think that people who tend to traffic in prescription drugs in particular might think twice before they do it,” says Crown prosecutor Bill Fergusson.

Brittany Balcom, a friend of the victim, was the first to take the stand today.

She testified she went to the party with Graves and that he drank ¾ of a quart of rum.

She also told the court the first time she thought he may have taken drugs was when they arrived at her home. She said he was pale and wasn’t making any sense when he spoke to her.

Balcom said she had asked Graves if he had taken drugs, but that he replied that he hadn’t.

“I could never describe how difficult it is,” says Karen Graves. “I would just hope that you know, these young people all tell the truth, you know, in Josh’s honour.”

Aaron Robichaud – the man who held the house party – also took the stand. He admitted to sniffing dilaudid earlier that day but didn’t recall having any, or seeing any, at the party.

The Crown argued his video statement to police states otherwise; in that statement, Robichaud told police Fredericks supplied dilaudid at the party.

The Crown asked to play the video in court.

“Mainly because the witness didn’t say what he said in his video, and I want what’s in his video as part of his evidence,” says Fergusson.

Karen Graves says regardless of the outcome, she will remember her son as a happy, fun-loving, young man.

“Hopefully people have awareness and education now, and hopefully another family won’t have to go through this.”

Three days have been set aside for the trial. Testimony resumes Wednesday.

With files from CTV Atlantic's Jacqueline Foster and The Canadian Press