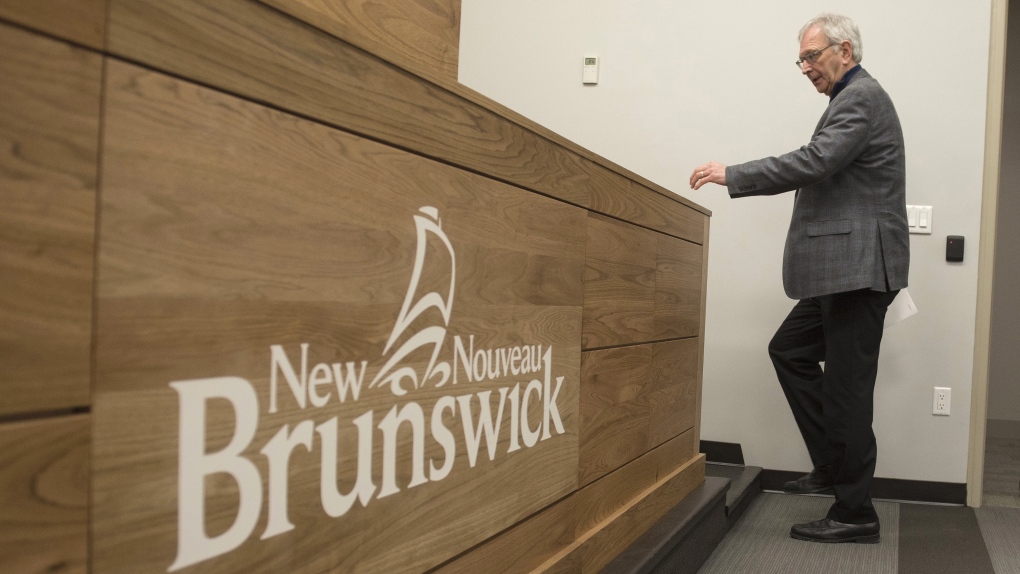 FREDERICTON -- Elections New Brunswick has ordered masks and other protective equipment in light of growing speculation the province's minority Tory government could call a general election before the end of the year.

She said while the government is only obligated to hold a pair of byelections, she has asked staff to be ready for a vote in all 49 ridings.

"We've had to also start ordering (personal protective equipment) and hand sanitizer and cleaning materials and those sorts of things for our workers and the electorate for a full-scale, province-wide event," Poffenroth said in an interview.

"We've ordered masks and shields for all of our election workers. We're going to have disposable masks and gloves available for our electors if they need them."

Election speculation has been growing in recent weeks, and now the Progressive Conservatives have scheduled nomination conventions for five ridings on Aug. 8, including Premier Blaine Higgs' own riding of Quispamsis.

Green party Leader David Coon says it appears the Tories are in a hurry to nominate candidates, and that doesn't bode well for collaboration of an all-party cabinet committee created to deal with the COVID-19 pandemic.

"I think, during a state of emergency, during a pandemic, to call an election would result in a huge backlash because it would put an end to this collaboration," Coon said Monday.

Coon said he'd rather see just the byelections held, which he said would provide a chance to test the pandemic protections prior to a general election.

The vacancies are in the ridings of St. Croix and Shediac Bay-Dieppe following the death of Progressive Conservative Greg Thompson and the resignation of Liberal Brian Gallant.

The byelections were originally scheduled for June 15 but were put on hold because of the pandemic.

The bill to delay the votes states they must be held at least 30 days before the next session of the provincial legislature, which would likely start in November.

Liberal health critic Jean-Claude D'Amours said Monday he believes Higgs is planning a provincial election instead of the byelections.

"He's looking for his own agenda. His agenda is probably to cut more in the province," D'Amours said.

He said the Progressive Conservatives are setting a bad example gathering people together at nomination meetings while there are still health concerns in the province.

The premier's office did not respond to a request for comment Monday on election timing.

There are currently 20 Progressive Conservatives in the legislature, 20 Liberals, three People's Alliance, three Greens and one Independent.

J.P. Lewis, a political scientist at the University of New Brunswick, said he has seen nothing in the polling to suggest New Brunswickers would support going to the polls now. He wonders if the Tories have just floated a trial balloon to gauge interest.

He said these aren't normal times, and it's hard use old-style politics.

"The framework in the context of COVID makes this so strange to consider the normal patterns of electoral and campaign politics and voter behaviour," he said.

Poffenroth said the personal protective equipment won't go to waste if a general election isn't called. She said municipal elections that were delayed this year must be held by May 2021.

This report by The Canadian Press was first published July 20, 2020.