HALIFAX -- A treasure trove of newly discovered Maud Lewis paintings fetched a hefty sum at an auction house in England earlier this month and at least two of the works are coming home to Canada.

Hanson's Auctioneers and Valuers Ltd. handled the sale, which took place on May 1.

Auctioneer Jasper Marsh had been contacted by a woman in Banbury, UK who was moving.

She'd inherited some things from her grandparents, and wondered if they were worth anything.

Marsh found the four paintings in a box, but was unfamiliar with Lewis' work.

"All I had to go on was the pictures, and the name "Lewis," Marsh told CTV News via Facetime.

"So I knew that, in my opinion, they were either worth nothing, a child had painted them, or they're potentially very interesting things."

The veteran auctioneer started doing some research, including contacting Sotheby's in Ontario, where he learned there was strong demand for her work in Canada.

He could not find comparable references in England.

"It was just a hunch, but it was a hunch I wasn't prepared to give up on," Walsh said.

According to a news release from Hanson's, the paintings had been in the family for 70 years.

They went to auction with a modest estimate of 100 to 200 pounds each.

Not surprisingly, Canadians bidding online and by telephone blew those estimates out of the water.

The top-selling painting, a late summer landscape with single boat, sold for 10,000 pounds.

It was closely followed by a figure in a horse-drawn sleigh in a wintry landscape, which went for 9,500 pounds.

"I know at least two of them are going back to Canada," said Walsh.

"And there are two that were bought by a gentleman who resides in the U.K., but has Canadian connections."

Marsh admits he would not have seen the bidding wars coming – at least in the beginning.

"When I first saw the paintings in the house, I think if I was then told that they would collectively make almost 40,000 pounds, I would have been terribly surprised.

"But the closer the time came to sale date, the more interest came from Canada, and a few buyers from this country."

Born in rural Nova Scotia in 1903, Lewis lived most of her life in pain from rheumatoid arthritis, which snarled her hands, hunched her shoulders, and limited her ability to paint.

In the 1960s, during the last few years of her life, Lewis began gaining more widespread attention, and two of her works were ordered by the White House during Richard Nixon's presidency.

She died in 1970, but her work has become more famous in recent years, bolstered in part by the 2016 biopic Maudie, which generated fresh interest in her unique story.

Many Maud Lewis paintings, and even her home, are proudly displayed at the Art Gallery of Nova Scotia in downtown Halifax. 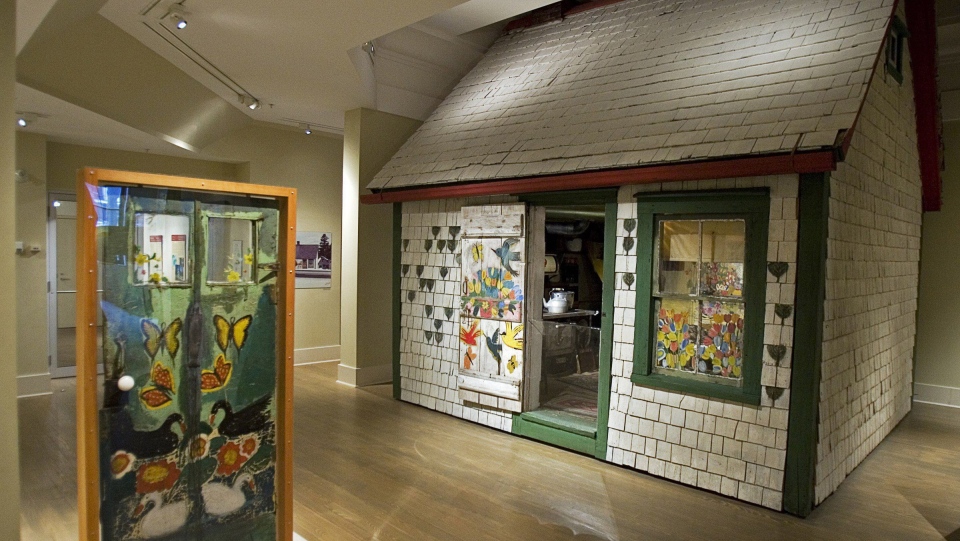 "It's pretty wild, isn't it?  I love that people are still discovering treasures in their attics, and finding goodies under the beds, and that dream of the Antiques Roadshow comes to life every so often," said AGNS Chief Curator Sarah Fillmore.

Fillmore said she became aware of the sale on the weekend, adding it would be difficult to evaluate the pieces without seeing them, but notes the artist often revisited favourite themes and images in her inimitable style.

"Even just looking at those images quickly, there are a lot of individual elements that feel very familiar as Maud Lewis paintings," Fillmore said.

Fillmore says Lewis herself would likely be stunned that her work continues to garner interest and attention, especially internationally.

"I think sometimes how close I feel to her, and how she must feel a sense of wonder and pride," Fillmore said. "And maybe laughing to herself a little bit that the work has travelled so far, given that she never really did."

Marsh, who's now a Lewis fan himself, says the folk artist did timeless work. 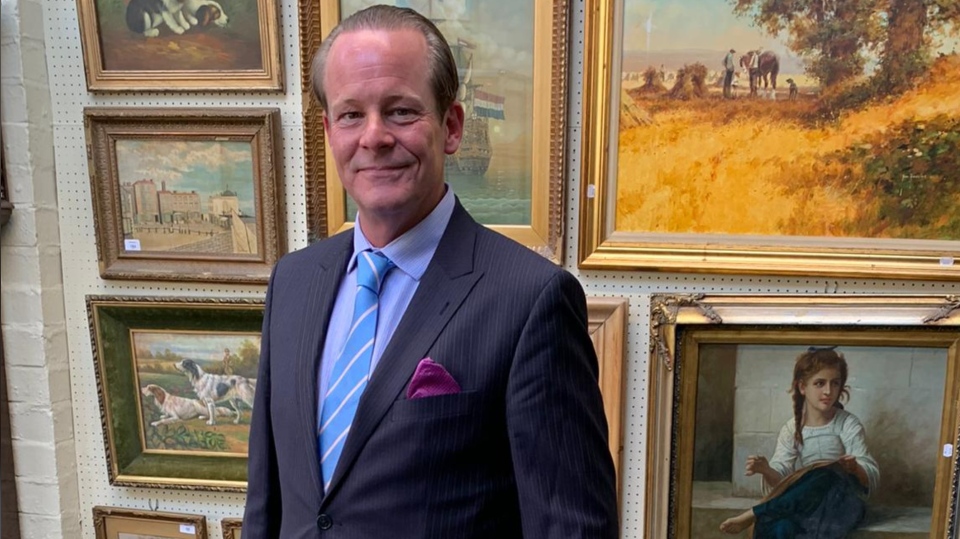 "Just painted these simple, beautiful representative studies of your country, which I fell in love with," he said.

"My job is, we're curators of lovely things for a short while. Until we find them a new home.

"And that's the beauty about it.  We're always in the possession of potential treasures and it's lovely to see them going back to Canada."