'Everything has changed': N.B. doctor describes racism after COVID-19 outbreak 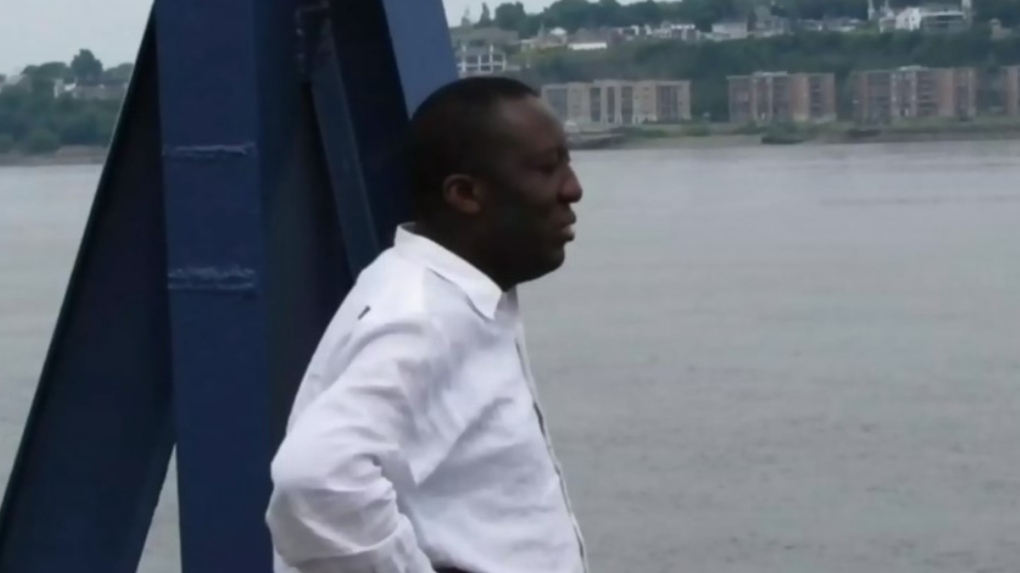 Dr. Jean Robert Ngola is shown in a submitted photo. After months of harassment and racist remarks, the doctor at the centre of a COVID-19 controversy that rocked New Brunswick says his life has been changed entirely. (Submitted: Joel Etienne)

HALIFAX -- After months of harassment and racist remarks, the doctor at the centre of a COVID-19 controversy that rocked New Brunswick says his life has been changed entirely.

Dr. Jean Robert Ngola, a physician of Congolese descent, said in a recent interview the fallout from allegations he was "patient zero" responsible for an outbreak put him under an uncomfortable spotlight.

"Since May ... everything has changed in my life," Ngola said by phone.

And now he wants the province to investigate his case to ensure nobody else endures a similar fate.

On May 27, in the face of a growing outbreak in Campbellton, N.B., Premier Blaine Higgs referred to an "irresponsible" health-care worker and said the matter was being handled by the RCMP. The outbreak eventually affected 40 people and resulted in two deaths.

News got out that Ngola, a family doctor working in the northern New Brunswick town at the time, was the suspect in the RCMP's investigation after his positive COVID-19 status was leaked on social media.

Ngola says a deluge of harassment and racist taunts followed, both online and in person, as the investigation unfolded into an overnight trip he took to Quebec.

Before he tested positive, Ngola had driven to Montreal to pick up his daughter, because her mother was travelling to Africa to attend a funeral.

On his way back to New Brunswick, he met with two colleagues in the Trois-Rivieres, Que., area before completing his trip, according to his lawyer, Joel Etienne. He did not self-isolate for two weeks when he returned, as provincial health guidelines direct, but Ngola has said that was consistent with the practice of other physicians at his hospital.

After it was revealed that Ngola was the health worker being investigated, he was suspended from his job at the hospital in Campbellton. Ngola said he had to disconnect his phone because people were harassing him, telling him to "go back to Africa" and calling him a "refugee."

Although he had already been planning to move to Quebec, Ngola hastened his departure because he didn't feel safe in Campbellton, he said.

"I was one of the good physicians, I think, in this small city. Everybody knew me in Campbellton," he said. "But in my own city, I cannot work. Even now I cannot go to my house."

Recently, however, he has been heartened after receiving a letter of support from fellow doctors in Canada. It was a sign, he said, that he "wasn't alone" as he continued to deal with the allegations against him. Though the RCMP investigation was dropped, Ngola still faces a charge of violating the province's Emergency Measures Act and has a court date Oct. 26.

"It was so emotional," Ngola said of the letter. "My tears flowed."

The letter was the work of Danusha Foster, an Ontario family doctor who followed Ngola's case and felt he was "unfairly targeted."

She said in an interview from Guelph, Ont., that she used an online social network to enlist hundreds of other signatories from across the country. She said the effort was intended as a private show of support, and the other physicians have not agreed to have their names made public.

Now, Etienne and his associates are calling for a probe into the handling of Ngola's case. After his initial positive test, Ngola had three tests come back negative, possibly indicating a false positive, his team argues, which would make it impossible for him to have triggered the outbreak.

His lawyers say the province failed in its responsibilities to protect Ngola's privacy and perform proper contact tracing for the Campbellton outbreak.

Ngola said he thinks an inquiry is necessary to protect others who may find themselves in similar circumstances as the pandemic continues.

"We have to know what happened to prevent (this) for the future, because discrimination is not tolerable, not acceptable, in Canada," he said.

He is now practising in Louiseville in central Quebec, and the hostility he faced in Campbellton has been replaced by a warm embrace.

Yvon Deshaies, the town's mayor, says people in the community who've come across Ngola at the local emergency clinic are happy to have him in the area.

Deshaies says it's not always easy attracting doctors to smaller towns like his, so New Brunswick's loss is his region's gain.

"He came here, and I'm happy about it," Deshaies said. "People who've had a chance to meet with him are happy with Dr. Ngola."

With files from Sidhartha Banerjee

Why Ontario's surging COVID-19 cases haven't thrown everyone into lockdown

Most homemade masks are doing a good job preventing the spread of COVID-19, study suggests