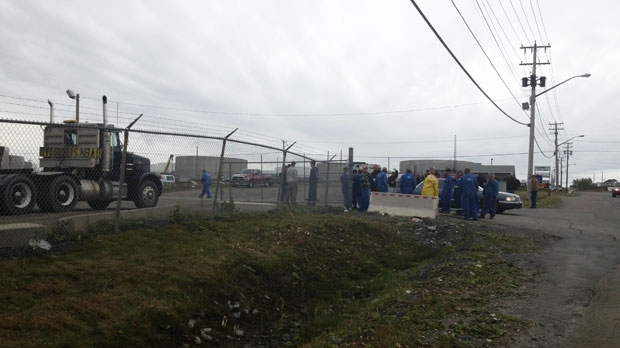 SAINT JOHN, N.B. -- The Saint John, N.B., fire department says there has been an explosion at the Irving oil refinery that has sent one man to hospital with minor injuries.

Wilson says the explosion involved an 1,100-barrel tank of potassium hydroxide, which is a caustic substance, but there was no fire.

He says the injured man was blown to the ground and suffered some scrapes and bruises.

He says Irving crews are cleaning up the scene and WorkSafeNB is investigating what happened.

Irving Oil issued a statement saying the tank was undergoing maintenance work at the time when it became "over-pressurized."

The company said there was no other damage and normal operations at the refinery resumed less than an hour after the explosion.

It said the man was taken to hospital as a precaution.

The refinery is the largest in Canada, producing more than 300,000 barrels of petroleum products per day.