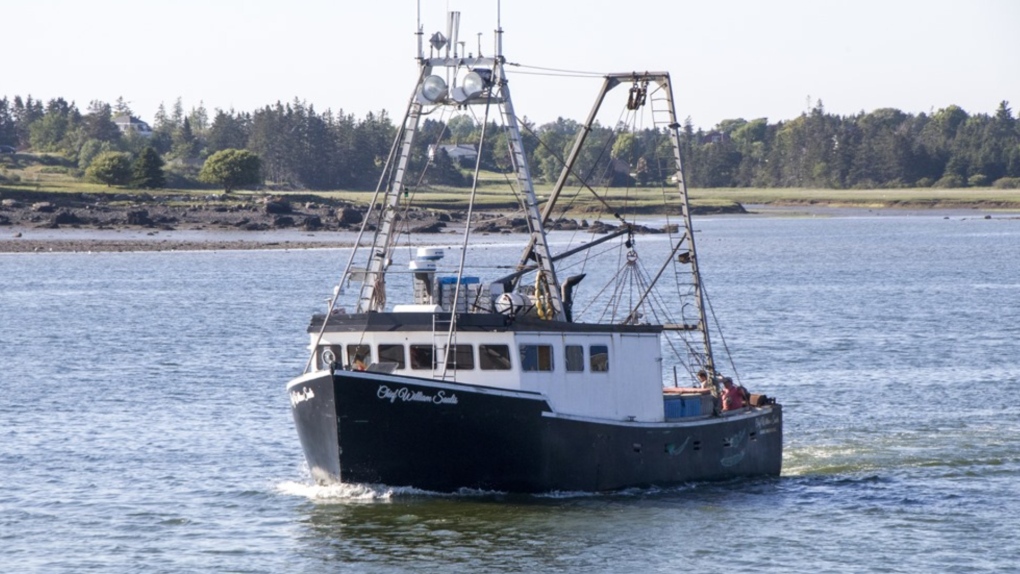 A photo of the Chief William Saulis. (Photo: Katherine Bickford)

HALIFAX -- Family members of the lost crew of a Nova Scotia scallop dragger say they hope federal agencies pursue all safe possibilities to recover remains of their loved ones that may be on the sunken wreck.

A remotely operated underwater vehicle located the Chief William Saulis on Saturday under more than 60 metres of water, about two kilometres off Delaps Cove, N.S., on the province's southwestern shore.

Since the sudden sinking of the dragger Dec. 15 in the Bay of Fundy, the body of one crew member, Michael Drake, has been found along the coast north of Digby, but crew members Aaron Cogswell, Leonard Gabriel, Dan Forbes, Geno Francis and captain Charles Roberts are still missing.

Laura Smith, the sister and next of kin of Gabriel, says it would give her family closure to have her brother's body back home, and she favours raising the boat for further investigation if it can be done without endangering lives.

"We all would like to see the boat raised and the bodies returned for closure and to have a proper burial," Smith said in an interview from her home in Yarmouth, N.S., on Monday.

"As long as I know they have done everything in their power, until they can't do more, I'll be happy with that."

Lori Phillips, Cogswell's mother, said she continues to expect a federal agency, whether it's the RCMP or the Transportation Safety Board, to inspect the sunken boat with the ROV, and she believes it should be raised.

Phillips and her husband Fred Phillips, who is a licensed fishing boat master, also said in interviews they believe the boat should be raised, as it may be a hazard to the fishery and could cause pollution.

Michelle Nickerson-Forbes, the spouse of Dan Forbes, says she wants the boat to be carefully examined to see if the bodies are on board and then, if it's safe, for the boat to be raised.

"I would hope they would very respectfully go down and look in the boat to see if anybody is on the boat before they try to move it," she said in an interview on Monday.

All three families say they are expecting the federal agencies involved, the RCMP and the Transportation Safety Board, to ensure safety but also not to reject body recovery and boat raising operations due to costs.

Nickerson-Forbes said, "we don't need anyone else hurt," but she also said the victims "deserve whatever money is needed put into it to bring them home."

Cpl. Mark Skinner, a spokesman for the RCMP, said Monday work is currently underway to determine what steps can be taken in the recovery effort in the deep water environment.

In a response last month, the RCMP said it has a mandate to recover bodies so that the chief medical examiner can determine the cause of death, but under the Canada Labour Code, the federal agency must ensure employees don't perform duties they aren't trained or equipped to do.

"If the conditions surpass the capabilities of the RCMP, a decision is made on the feasibility of contracting external resources to assist in the recovery . . . or discontinuing further recovery efforts if unsafe," the police force said in an email.

Pierre Murray, a senior official with the Atlantic office of the Transportation Safety Board, said the safety board could consider raising the boat, which is sitting upright, as part of it mandate to examine safety issues.

"Is there a need for it (raising the boat)? That's what we're still looking at," he said, noting no decision has been made yet.

"The boat is pretty deep. It's a big undertaking. It's the Bay of Fundy in the winter with heavy current and under (more than) 200 feet of water," he said.

If the wreck is raised, it would be a rare event in the recent history of Bay of Fundy sinkings.

Murray said the safety board conducted a dive in May 2004 on the fishing boat Lo-Da-Kash, after it sank with three on board while headed back from Campobello Island, and it was raised to the surface four months later and towed to shore.

However, that was in waters that were just 30 metres deep at low tide. One person on the Lo-Da-Kash swam to shore but was found deceased in the woods. The other two bodies were never located.