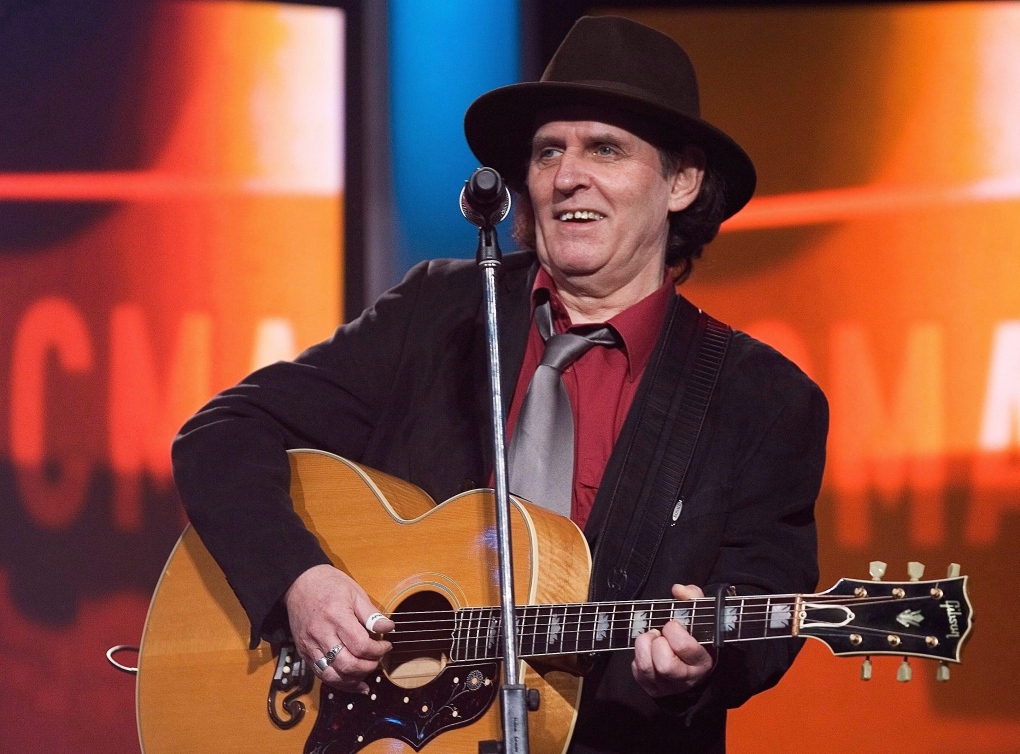 ST. JOHN'S, N.L. -- The death of one of Newfoundland's most beloved musicians should serve as a wake-up call to the worsening scourge of drug addiction in the province, say friends and family members who watched the artist struggle for years with the disease.

Ron Hynes died at age 64 last week in St. John's, N.L., following a return of cancer that was first diagnosed in 2012 and which recently spread to his lung and hip.

But his nephew, Joel Hynes, said in an unflinching 869-word post on his Facebook page that while cancer may have caused his death, it was a persistent drug addiction that was central to his demise.

"He remained a hardcore addict right to his final days. And it killed him," he said in the message, intended to be a note of thanks to his fans and friends.

"He passed the point where he was strong enough to save himself. And he was surrounded by so much love, so much worry and heartache and concern. ... And in the end he choose drugs over everything and everyone he ever loved."

Hynes, an actor and writer himself, wrote that his uncle was destitute when he died, going so far as to sell his treasured guitars "for a pittance to feed his demons and line the pockets of drug dealers."

Sandy Morris, a lifelong friend and fellow musician, said people in St. John's were heartbroken as they watched the acclaimed singer-songwriter "waste away" from drug use over the years.

Many tried to help by encouraging him to go to rehab centres. But, in the end, Morris said the draw of crack cocaine and cocaine was too strong for the artist known for his gritty folk songs and famous laments about the hardships of life in Newfoundland.

"We did a fundraiser for him two years ago and we raised a pile of money and the emotion he got from people who were rooting for him, knowing he had cancer and it meant nothing to him," said Morris, who knew Ron Hynes since they were teens and started The Wonderful Grand Band with him.

"I mean, I'm sure it meant something to him somewhere, but the addiction had such control over him."

White, who goes by the single name and manages The Wonderful Grand Band, said she tried dozens of times to get Hynes to seek help but without much success. She said he did get clean for a time and spent weeks in a rehab facility, but started using again after he was diagnosed with throat cancer in 2012.

White said the drugs helped him get through cancer treatments that left him fatigued and sick.

"People did everything they could and Ron knew that and he did everything he could to avoid the people who were most trying to help him," she said with a laugh from her home in Avondale, N.L.

"He tried a lot to shake it, but there was not much he could do in the end."

White, Morris and Joel Hynes all say there should be more help and treatment services for drug addicts in the province, which they say has seen a spike in crime and drug use in recent years.

"Newfoundland and Labrador needs help. We are crying out for real leadership. We are ... dying for proper facilities to treat our addictions and our mental illnesses," Joel Hynes wrote.

"The whole province is privy to what drugs and addiction did to one of its most cherished sons. A brilliant musician who could have had the world in the palm of his hands, but instead chose to hide in the back alleys and bathroom stalls of grungy bars, who sold his life's blood chasing a darkness that deceived him right to his final breath."

-- By Alison Auld in Halifax