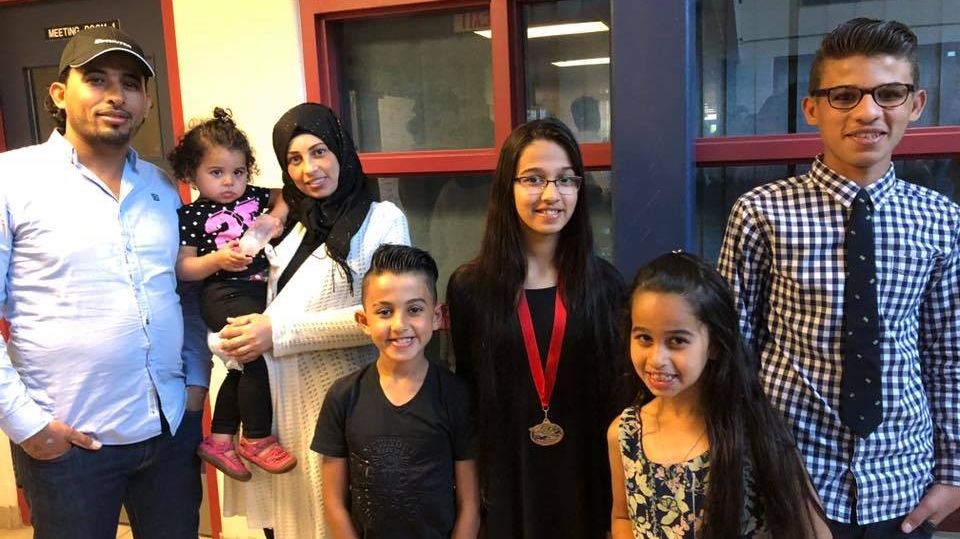 The Barho family moved from Syria to Canada in September 2017. The couple's seven children perished in a devastating house fire in Halifax on Feb. 19, 2019. (Ummah Masjid And Community Center/Facebook)

HALIFAX -- The father of seven children who were killed in a ferocious fire remains in a coma, a month after flames engulfed their Halifax home.

Muslim community leaders said on Friday that Ebraheim Barho has undergone multiple surgeries and remains in the intensive care unit of a Halifax hospital with his wife Kawthar at his side.

Sheikh Wael Haridy of the Nova Scotia Islamic Community Centre said the grief-stricken mother is struggling with the loss of her children, who ranged in age from three months to the mid-teens, while her husband remains uncommunicative.

"The mother now realizes the reality, she realizes what's real," he said in an interview. "She's alone now and her husband is still in a coma."

Imam Abdallah Yousri of the Ummah Mosque said the community continues to wait and pray for his recovery.

"I cannot say when he will be awake ... we are still waiting," he said, adding that it's been a very hard time for the community.

Although some relatives of the Syrian refugee family have arrived in Canada to offer support, efforts are still underway to bring more family members.

The Barho family came to Canada in September 2017. At first, they lived in rural Elmsdale, N.S., but they had moved to the Halifax neighbourhood of Spryfield to take advantage of immigrant services, including English-language training.

Early on Feb. 19, their relatively new rental home caught fire. The flames spread so quickly that only the parents managed to escape. The father was rushed to hospital suffering from extensive burns and was placed in a medically induced coma, where he remains.

The cause of the fire has yet to be determined.

Halifax deputy fire Chief David Meldrum said there are no updates on the investigation into the tragedy.

Once a cause has been determined, he said Halifax Fire and Emergency will hold a news conference to share the details with the public.

The home on Quartz Drive was torn down earlier this month. All that remains at the grim site is the concrete foundation.

Meldrum said he cannot comment on an ongoing investigation or the reason for any possible delay, but noted that "in the course of fire investigations generally, interviewing witnesses who may have information is an obvious item of importance to us."

Meldrum said the firefighters who responded to the fast-moving fire were exposed to significant trauma. He said some are doing OK, while others are seeking assistance.

He said the fire service is offering mental resilience training in Halifax next week.

"This is something we want to do anyway ... but certainly recent events highlight the critical importance of it," Meldrum said.

A GoFundMe campaign has raised more than $700,000 for the family.