Some in P.E.I. and Nova Scotia won't get electricity back until next week: utilities

Some in P.E.I. and Nova Scotia won't get electricity back until next week: utilities 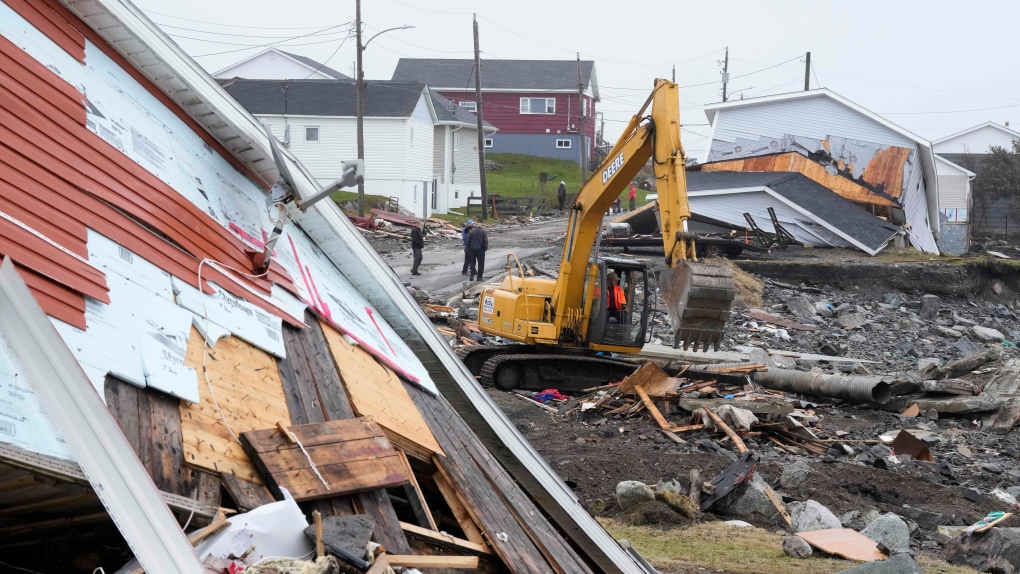 It will be Sunday or Monday before all communities in Prince Edward Island are reconnected to the electricity grid -- more than a week after post-tropical storm Fiona yanked down power lines across Atlantic Canada and eastern Quebec, officials said Thursday.

The wait could be even longer for hundreds of households and businesses because of damaged service masts or undetected problems at the neighbourhood level, Maritime Electric spokeswoman Kim Griffin told a news conference.

"I realize Islanders without power want to know a restoration time for their outage," Griffin said. "At this time, we are not able to provide what we consider an accurate estimation when individual areas will be restored. I don't feel comfortable giving a blanket restoration time, days or weeks out."

The storm roared into the region early Saturday and lingered over the Island, Cape Breton and southwestern Newfoundland, knocking out power to more than 500,000 homes and business in the four Atlantic provinces.

At the height of the storm, more than 90 per cent of Maritime Electric's customers were in the dark, as were 80 per cent of Nova Scotia Power's customers. By Thursday afternoon, those numbers had dropped to 44 per cent and 13 per cent, respectively.

"I know this was a historic storm for us, unlike anything we have ever experienced," she said. "I know you are rocked by what is happening in your life, work and family. Fiona hit us harder than any other storm in our 100-year history."

During the news conference, Premier Dennis King confirmed that his home was still without electricity, though he said his family has a generator.

"I can relate to those who are frustrated," he said. "When I left this morning, we didn't have power .... Look at my hair. I haven't been able wash and shave to the extent that I would like to. But I'm doing fine. I'm more concerned about the rest of Prince Edward Island."

In neighbouring Nova Scotia, a spokesman for Nova Scotia Power said the "majority" of the utility's customers would have their power restored by Friday. However, Matt Drover said, "some pockets" of the province would have to wait until the weekend or "into next week."

Earlier in the day, Nova Scotia Premier Tim Houston said he had requested more help from the military. "I understand we have over 300 military personnel on the ground, and I'm thankful to the federal government for that, but we need so much more," he told reporters after a cabinet meeting.

"In a province where we have something like 10,000 military personnel stationed here, it's my personal belief that pretty much every single one of those people would drop everything to help their fellow Nova Scotians, should they be asked."

On Wednesday, the premier criticized the telecommunications companies that serve Nova Scotia, saying they failed to adequately co-operate with the province's emergency management team, an accusation denied by Bell Aliant, Telus, Eastlink and Rogers.

On Thursday, Houston said the companies should apologize.

"I would have at least liked to hear from the telecommunications companies that they can do better and they're sorry," he said. "But to hear them say that everything was just great, falls well short of my own personal experience and the experiences that Nova Scotians have relayed to me."

In Charlottetown, King said he believes the telecommunications companies could have done a better job, but he did not elaborate.

"We've come to know that there are things we need to be better prepared for in the future," the premier said. "I think the telcos have a role to play in that .... I'm not sure that as we try to get people back to some kind of normal life if now is the time to start throwing arrows and picking fights."

In Ottawa, Defence Minister Anita Anand said there were 700 military members in Atlantic Canada helping to clear debris, reopen roads, check on residents and assess damage. Additional troops are on standby, along with some ships and aircraft, the minister added.

Federal Fisheries Minister Joyce Murray said 180 of the region's 706 small-craft harbours were in the path of the storm, and she said the department knows of at least 99 harbours that are partially operational and five that are no longer functional. As well, Murray said work is underway in many harbours to remove dozens of sunken or grounded vessels.

"This is going to be a very costly venture," Newfoundland MP Gudie Hutchings told a ministers briefing Thursday. "And we need to build back safer, stronger and better for our fishermen, for our farmers, for our communities and, most importantly, for our residents."

Hutchings represents the area that includes Port aux Basques, N.L., where Fiona destroyed more than 70 homes, some of which were dragged out to sea by a record-breaking storm surge on Saturday morning. The storm claimed the life of a 73-year-old woman, who was swept out to sea when a wave flooded her home and tore apart her basement.

In New Brunswick, the provincial government confirmed Thursday it had received 164 damage reports, most of them from an area extending from the Nova Scotia boundary, along the Northumberland Strait to the Acadian Peninsula.

Nothing off the table when it comes to Alberta sovereignty act: PM Trudeau

Oklahoma musician Jake Flint died unexpectedly over the weekend, hours after getting married, his publicist says. He was 37.

A judge declared a mistrial Wednesday after jurors said they were hopelessly deadlocked at the trial of "That '70s Show" actor Danny Masterson, who was charged with three rapes.

Police across the country are seeing a rise in criminals preying on fears of the elderly with what's known as grandparent scams.

Morocco has looked impressive in Group F but Canada has an opportunity to finish its World Cup experience on a high.

A massive Ontario-wide investigation into child exploitation has led to more than 100 people being charged, police announced on Wednesday.