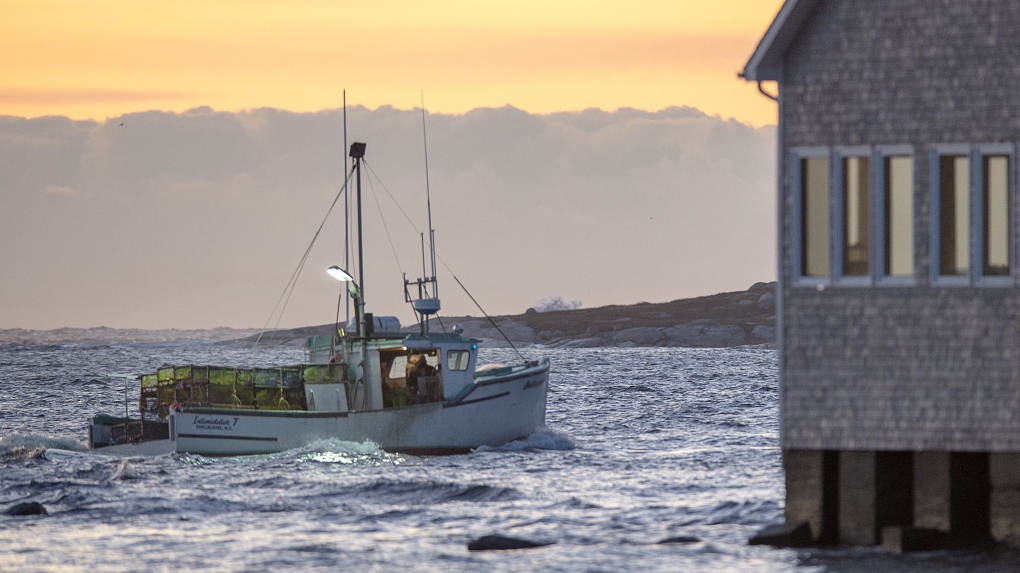 HALIFAX -- With many spring fisheries just underway or about to start, groups representing fishermen in Atlantic Canada are looking for direct federal assistance that will help them ride out uncertain markets this year.

Federal Fisheries Minister Bernadette Jordan has said the announcement of an aid package is "days away," and it would follow the $62.5 million announced last month to help fish and seafood processors protect workers from COVID-19.

Ian MacPherson, executive director of the 1,270-member P.E.I. Fishermen's Association, said Wednesday that fishermen are looking for programs that will help stabilize operations this year and enable the industry to gain a more solid footing in 2021.

"People are understanding this is an unprecedented situation, and it's going to be a challenging situation," MacPherson said in an interview.

Jane Deeks, spokeswoman in Jordan's office, said, "we will have more to say on this matter soon," but did not offer any details.

"We recognize that fish and seafood harvesters are facing real challenges and have serious financial concerns as a result of COVID-19," Deeks said in an email. "The minister, along with her cabinet colleagues, are working ... on measures which will help ensure harvesters get the support they need during this time."

MacPherson said fishermen in the lucrative lobster industry in particular are anxious, with their delayed spring season about to start on May 15 and run until June 30.

The start of the season in areas of the Gulf of St. Lawrence and the Northumberland Strait comes at a time when some markets are only now starting to open back up, said MacPherson.

"I don't think anybody's being overly optimistic on the time it might take. Now with three or four fisheries starting all on the same day, there is some concern about the amount of lobster coming in."

He said harvesters have been talking with processors about how to manage the supply to avoid a glut and to "make the season as viable as possible."

Martin Mallet, executive director of the Maritime Fishermen's Union, said most of his organization's members are not eligible for federal assistance programs that have been announced in the last month.

Mallet, whose group represents more than 1,300 independent inshore owner-operator fishermen based in New Brunswick and Nova Scotia, wants that to change.

As an example, he pointed to Ottawa's efforts to cover 75 per cent of wages for workers whose employers have reported significant reductions in revenue because of the pandemic.

However, Mallet said more than half of his organization's members have deckhands who are also family members and are therefore ineligible for the program.

As well, he said the program requires businesses to show a decrease in revenue because of COVID-19, but fishermen who don't start fishing until later this month won't meet that requirement.

"They actually start putting their crews on staff in early to mid-April," he said. "And that program finishes in mid-June. So, for the whole 14-16 week period where our fishermen hire people to work on their boats, they are not eligible for that program."

Mallet said the seasonal nature of work in the fisheries -- something shared by those working in tourism and agriculture -- has also put some programs out of reach.

As well, he said some fishermen do not pay their crew members as salaried workers. Instead, they get a share of the catch once the fishing is done.

"Just because of the way their income appears on tax forms, they can't access that (federal) funding," Mallet said. "The devil is in the details."

MacPherson said the unconventional nature of the fisheries business model also affects boat captains in P.E.I., where most have agreements that see fish processors pay their crew.

He said while that allows fishermen to focus on harvesting during what is a fairly short season on the Island, it has complicated attempts to get federal aid because programs are set up for small businesses that pay employees directly.

Nova Scotia Premier Stephen McNeil said Wednesday that any help will have to take into account the different seasons and requirements of a number of different fisheries in the region.

"We need some flexibility," he said.

This report by The Canadian Press was first published May 6, 2020.

- With files from Michael MacDonald

'Where the tragedy really lies': The crisis in Canada's long-term care homes

'No remedy, no rights': Canadians among foreigners blocked from leaving China