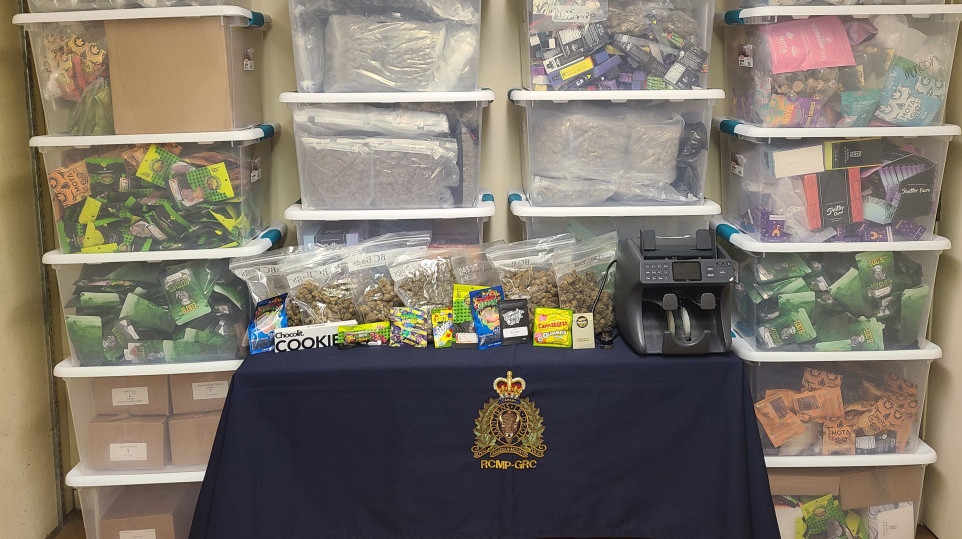 Five people have been charged after a drug investigation in Quispamsis and Saint John, N.B.

The investigation began in June 2021 when the New Brunswick RCMP’s Federal Serious and Organized Crime Unit (FSOC) started looking into the unlawful possession of cannabis for the purpose of distribution.

On June 29, 2021, FSOC members executed a search warrant at a residence on Cloverdale Street in Quispamsis.

According to police, officers seized large quantities of cannabis, electronic devices, and nearly $115,000 in cash.

On Friday, charges were laid against five individuals from Quispamsis in Saint John provincial court.

The charges are in relation to money laundering, possession of proceeds of crime and offences contrary to the Cannabis Act.

The RCMP says the investigation is ongoing.

Two RCMP officers are accused of manslaughter in the 2017 death of an Indigenous man in Prince George, B.C., prosecutors announced Wednesday.

TREND LINE | Canada's health care crisis: Who's accountable, and how can we fix an overburdened system?

A long-time CBC radio producer who was the victim of a random assault in Toronto last week has died, the public broadcaster confirms.

Candice Bergen, the former interim leader of the Conservative Party of Canada, is resigning from Parliament.

The former director of a zoo in southern Mexico killed four of the zoo's pygmy goats and served them up at a Christmas-season party, authorities said.

Canada's new special representative on combating Islamophobia says she is sorry that her words have hurt Quebecers.

A Quebec woman said she was very surprised to find her stolen Audi had been used in what’s being described as an “absolutely insane” Ontario mall robbery.

Higher grocery prices are expected to hit stores across Canada soon as a blackout on price increases over the holiday season comes to an end.

Nearly 130,000 Helly Hansen sweaters and hoodies have been recalled in Canada due to flammability concerns.