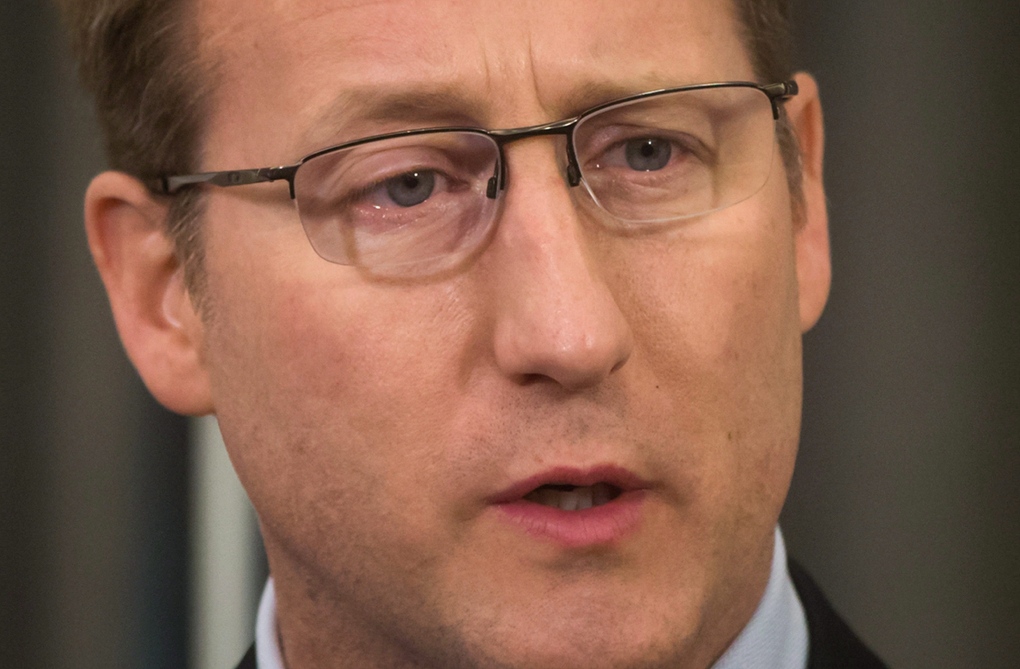 May 31, 2003: MacKay wins the leadership of the battered Progressive Conservative party after striking a deal with David Orchard, the Saskatchewan farmer-activist who was in second place in the balloting. MacKay pledged not to seek a merger with Stephen Harper's Canadian Reform Conservative Alliance party.

Oct. 16, 2003: MacKay announces an agreement-in-principle to merge the two parties.

May 17, 2005: Belinda Stronach, MacKay's girlfriend and fellow Conservative MP, crosses the floor to the Liberals. MacKay is photographed the next day in a mournful photo-op with a borrowed dog on a Nova Scotia farm.

July 9, 2010: A military helicopter flies MacKay out of a remote Newfoundland fishing camp. When this becomes public the following year, MacKay is caught in a political whirlwind. Opponents call it an expensive abuse. MacKay says he was taking part in a search-and-rescue exercise.

Jan. 4, 2012: MacKay marries Nazanin Afshin-Jam in a private ceremony in Mexico. His wife is a human rights activist, author and a former Miss World Canada. Their first child, Kian, was born in April 2013, and another is due later this year.