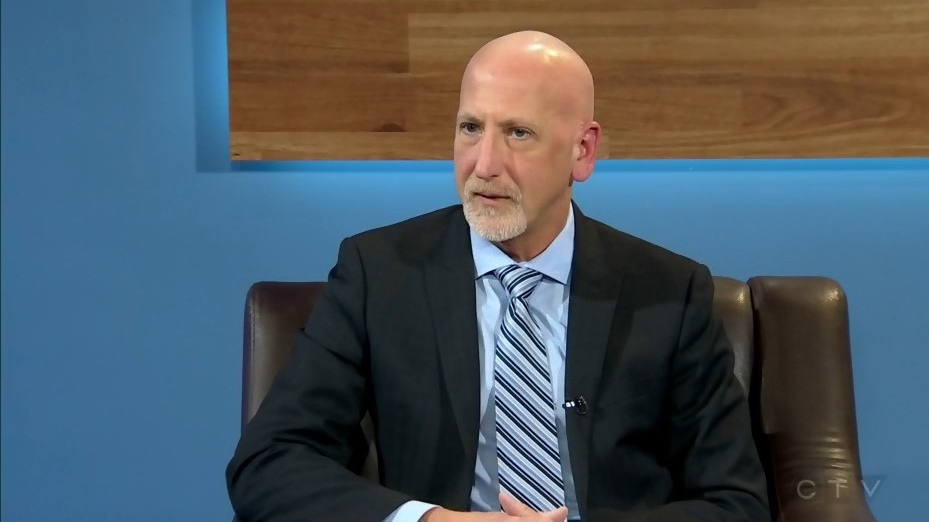 Peter Moorhouse in a 2019 interview with CTV Atlantic.

He pleaded guilty to making child pornography and making an arrangement to commit an offence with a person under the age of 16.

Moorhouse will be back in court on Aug. 25 when an agreed statement of facts will be filed.

Two other child pornography charges will be dealt with at a later date.

In February 2021, the BBB board of directors unanimously decided to fire Moorhouse after he was charged.

An Amber Alert issued on Monday for two Saskatchewan children has been extended into South Dakota. Saskatchewan RCMP say evidence uncovered during their investigation suggests the children may be in the U.S. state.

The man who claims to be one of the people seen 'surfing' on the roof of a moving subway train in Toronto is speaking exclusively to CTV News about his stunts and the looming threat of a police arrest.

The FBI's unprecedented search of former president Donald Trump's Florida residence ricocheted around government, politics and a polarized country Tuesday along with questions as to why the Justice Department – notably cautious under Attorney General Merrick Garland – decided to take such a drastic step.

An Ontario nurse is facing charges in connection with the alleged assault of a two-year-old boy with “significant medical limitations” in Niagara Region.

A new study found that people with regular menstruation cycles and those who typically do not menstruate either experienced a heavier flow or breakthrough bleeding after being vaccinated against COVID-19.

Legacy of Serena Williams extends beyond success on tennis court

Serena Williams indicated on Tuesday she is preparing to walk away from her professional tennis career as the start of the U.S. Open approaches on Aug. 29 and her 41st birthday approaches next month. She would leave behind a legacy that extends beyond her dominance on the court.

Expressing concerns over the RCMP's yearslong use of spyware in major investigations, privacy and civil liberties experts say the previously undisclosed tools are 'extremely intrusive' and they are calling for stronger oversight and regulation of spyware Canada-wide.