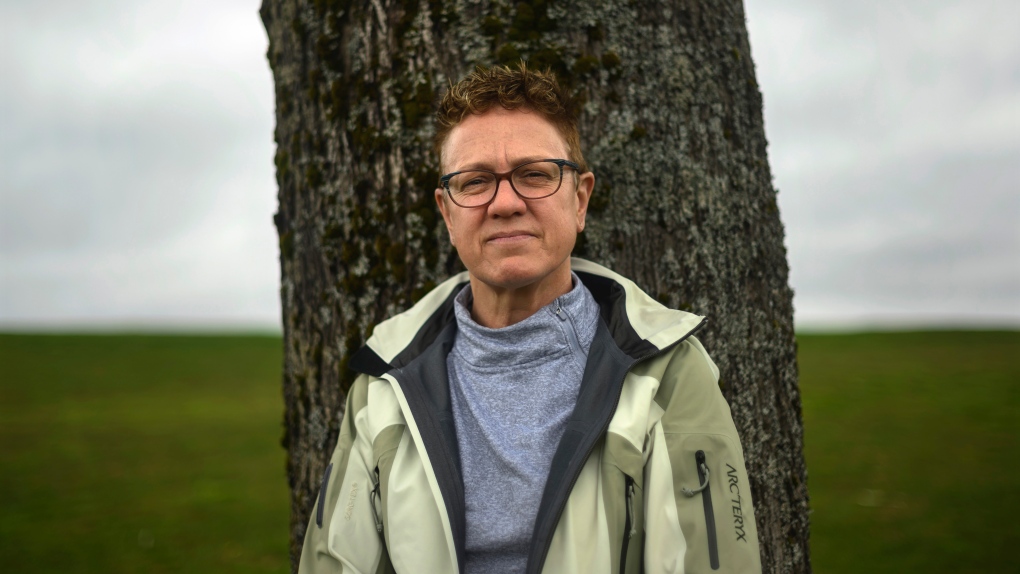 Karen Miller, a former Mountie who laid a complaint against a physician who performed medical exams on recruits, says it is humiliating and confounding to learn charges against the physician won't proceed after allegations of sexual assault. Miller poses for a portrait in Halifax on Wednesday, May 29, 2019. (THE CANADIAN PRESS/Darren Calabrese)

HALIFAX -- A former Mountie who filed a complaint against a physician who performed medical exams on recruits says it was humiliating to learn no charges would be laid against him after allegations of sexual assault.

Karen Miller laid a complaint against the doctor last year in relation to how he examined her in 1987 when she was a 21-year-old applying to join the police force.

Miller -- who went on to serve 29 years -- said in an interview Wednesday that former and current RCMP members who participated in the investigation dubbed Operation Empower need more information on why no charges will result from the allegations.

"There are people who are stumped and who are floored," said Miller, who led many sexual assault investigations while working for the police force in Newfoundland and Labrador.

"I'm the victim now, and I feel like I've been humiliated here."

A Halifax police spokesman said the complaints laid by 152 people against the doctor were fully investigated and there was not sufficient evidence to proceed.

The provincial Crown said it was consulted by police and advised against a prosecution.

"When police ask the Crown for advice during a criminal investigation, we provide that advice," Crown spokeswoman Chris Hansen said.

"In this case, we spent almost a year reviewing files and meeting with investigators. The Crown determined that the evidence did not support a prosecution and advised police accordingly."

When reached by telephone early Wednesday, the retired physician declined comment. In an interview last year with Global News, he denied the allegations and said he was performing normal medical examinations.

It's the second time sexual assault allegations involving the medical examinations of RCMP recruits -- the final step before being admitted for training -- have failed to lead to any charges.

In February, Toronto police ended their probe of an Ontario-based doctor facing allegations of sexual assault, saying there were no grounds to lay charges in numerous complaints about how he conducted mandatory medical exams in the 1980s.

At the time, spokeswoman Meaghan Gray told CBC that the investigators didn't dispute the women felt violated, but when investigators reviewed medical standards of the time they determined there wasn't evidence to "to prove there was sexual purpose" to the physician's actions.

Halifax police declined to go into specifics or to comment on whether their reasoning was similar to that of the Toronto police.

The RCMP said in an email Tuesday that the "outcome is undoubtedly disappointing and frustrating for survivors," and that it will provide victim services to the complainants. It added Wednesday that it will look at "whether we could do anything differently from a process standpoint moving forward."

However, Miller, 53, says the federal police force must provide a more complete account of what they knew at the time of the allegations and more "accountability" for how recruits were being examined.

The case gained national prominence last January after several women gave public accounts of what they described as inappropriate rectal and vaginal examinations.

Miller said she didn't speak out as a new recruit, even though she found her examinations intrusive, upsetting and inappropriate. She said she "flipped it to the back of my mind and totally tried to forget it."

It was in February 2018, after reading about allegations in media reports, that she remembered the experience "like a bomb that went off in my head," she said.

"I had the biggest gut-wrenching feeling in my stomach."

A Toronto litigation firm is continuing attempts to certify a class action lawsuit on behalf of people who were examined by the Halifax and Toronto doctors.

In a statement of claim, which contains allegations that have not been proven in court, the representative plaintiff Sylvie Corriveau alleges the RCMP is "liable for systemic negligence of its servants in failing to provide ... an applicant's examination free of sexual assault and battery, and inappropriate and unnecessary procedures."

It says three women in the Toronto case contacted their superiors in the late 1980s to complain about their treatment, but there was no police investigation.

A statement of defence has not been filed, and the action has yet to be certified.

"We have had clients who have included the inappropriate medical examinations as part of their claim to the existing class action settlement and those have been compensated," he said.

Klein said he doesn't believe the lack of a criminal case will hurt the chances of a civil case, where the standard of proof is lower.