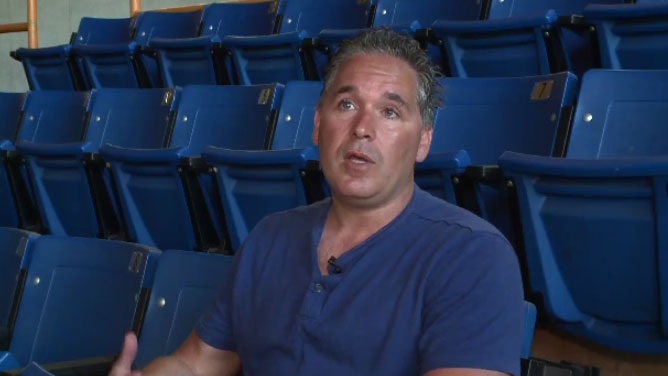 Andrew McKim still suffers the effects of head injuries and a career-ending hit that happened more than a decade ago. (CTV Atlantic)

A former NHLer and international hockey star from the Maritimes is raising the alarm about concussions and the potentially life-threatening hits we sometimes see in the nation’s favourite sport.

Andrew McKim knows about concussions. The Saint John native still suffers the effects of head injuries and a career-ending hit that happened more than a decade ago.

“He was obviously a smaller player, but he was so highly skilled and went on to have a great career,” says Saint John Sea Dogs president Wayne Long. “You know, his name is still synonymous with high end hockey in Saint John and always will be.”

McKim’s hockey career came to an abrupt end in 2000 when he was hit from behind while playing in the Swiss Hockey League and suffered a severe head injury. McKim recently won a $1.6 million lawsuit in connection with that hit.

These days he says he worries that players are still not protected from injury.

“You got Sidney Crosby, who is the poster child for the league, and I watched him against the Rangers and I counted at least 15 times that he took a cheap shot to the head,” says McKim. “Here is your star player, who is taking a hit, a punch, and an elbow, no calls are being made.”

McKim is still involved in the game, he runs a hockey school in St. John’s, where he says teaching respect for other players is just as important as teaching the on ice skills he once displayed.

With files from CTV’s Mike Cameron.