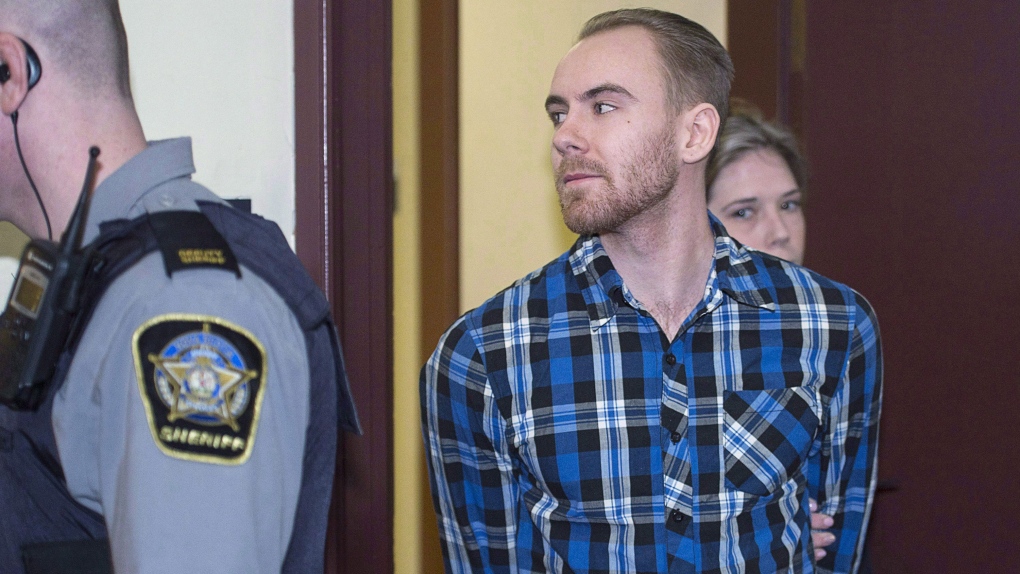 William Sandeson arrives for the start of his preliminary hearing at provincial court in Halifax on February 8, 2016. (THE CANADIAN PRESS/Andrew Vaughan)
HALIFAX -

A former Nova Scotia medical student whose murder conviction was overturned last year has failed in his third attempt to be released on bail.

Chipman's reasons for denying bail are subject to a publication ban in order to protect Sandeson's right to a fair trial.

Sandeson, who was convicted in 2017 of the first-degree murder of fellow Dalhousie University student Taylor Samson, has been in custody since his arrest in August 2015.

A new trial is scheduled to begin in January 2023.

This report by The Canadian Press was first published Oct. 22, 2021.