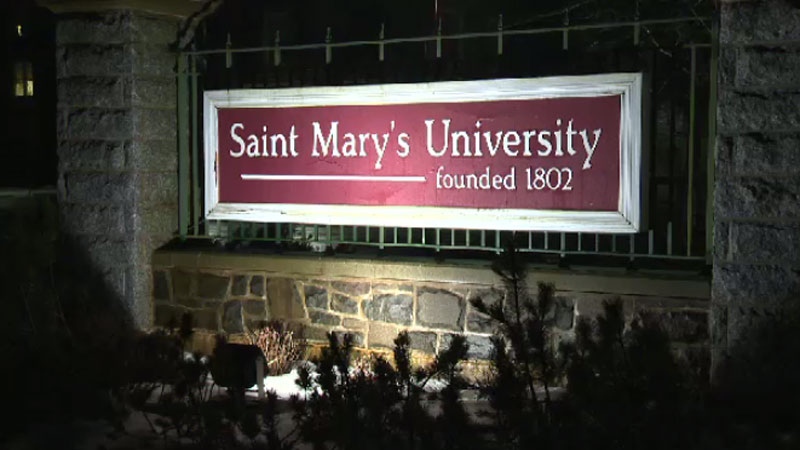 Saint Mary's University is seen in Halifax in this undated file photo.

HALIFAX -- A former Saint Mary's University groundskeeper accused of sexually assaulting a student at a campus dormitory is to return to court in early February.

Matthew Albert Percy, 34, was released with conditions following a court appearance Tuesday on a charge of sexual assault and one count of voyeurism in connection with the alleged incident on Sept. 15.

Police allege Percy, who was still employed at the university at the time, recorded the incident on his phone.

He was released after two sureties agreed to offer $26,000, and must adhere to a daily 10 p.m. curfew while staying away from drinking establishments, schools, public parks and any community area where a person under the age of 16 can be found.

Percy is also not allowed to contact the alleged victim, whose identity is protected under a publication ban.

He is scheduled to appear in court on Feb. 5.

In a statement, Saint Mary's University said it has a victim-centred approach and sexual assault policy, and is "committed to ensuring that the victim's privacy is upheld and well-being is fully considered."

"On Sept. 15, our staff responded immediately, and police responded very quickly and arrived on campus. The police quickly took charge of the situation and immediately removed the individual from campus. Subsequently, that person is no longer an employee of the university."