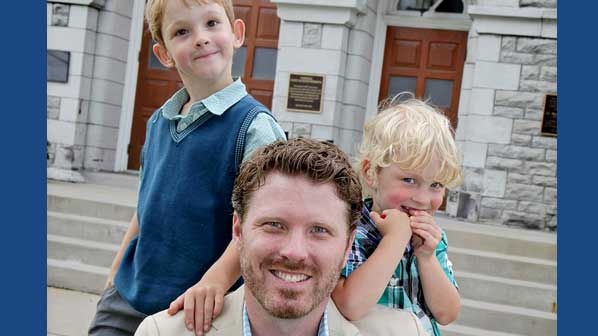 Fred DeLorey in a photo from his campaign literature.

ANTIGONISH, N.S. -- A long-time Conservative party staffer has been nominated to run in the Nova Scotia riding that is held by Justice Minister Peter MacKay.

Fred DeLorey, 36, won in what organizers in the riding of Central Nova called a hotly contested and close vote.

MacKay announced earlier this year he wouldn't seek re-election in Central Nova, which has been a long-time Tory stronghold under MacKay and his father Elmer MacKay.

Nomination meetings were held on Friday and Saturday in Antigonish, Smith Settlement and Stellarton.

Delorey has been the Conservative Party's director of political operations.