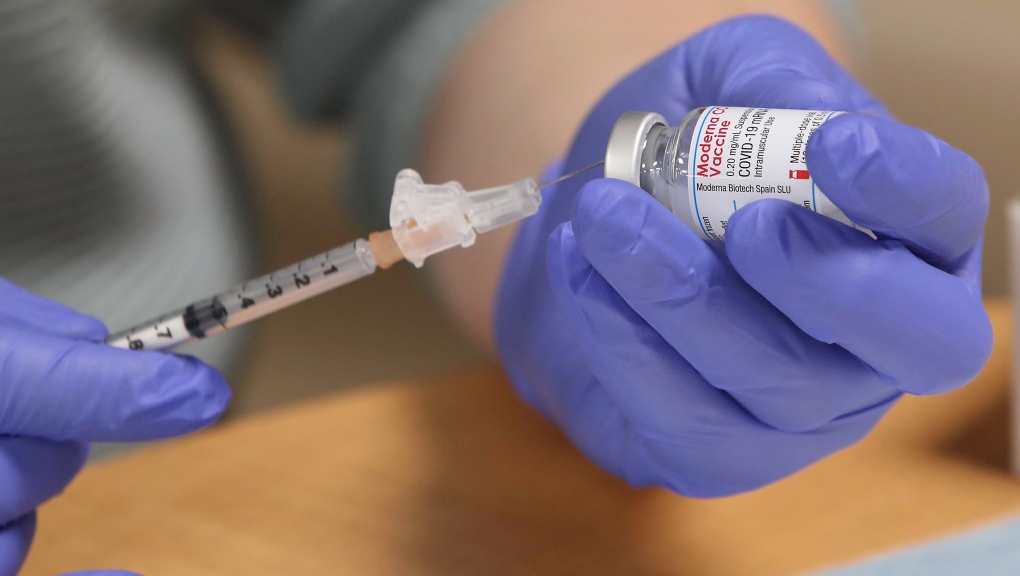 A nurse draws a dose of the Moderna COVID-19 vaccine at Northwood’s Halifax campus on Jan. 11, 2021 (Photo: Communications Nova Scotia)

HALIFAX -- Nova Scotia is reversing a previous decision and will move front-line police officers ahead in the province's vaccination schedule.

Front-line police officers have been quietly added to a list of people eligible for vaccination during the second phase of the province's rollout plan, joining groups such as long-haul truck drivers and hospital workers over the age of 60.

The move reversed the decision of Chief Medical Officer of Health Dr. Robert Strang, who had suggested officers weren't at the same risk as other workers listed in phase two.

"We've made the decision that all of our emergency first responders who have the potential to be first on scene for a medical event, whether they're police, fire, paramedics, are going to be treated the same in terms of their access to vaccination," said Strang.

Churchill says although he wasn't part of the talks, his understanding is that police convinced health officials that officers often engage with people at times when physical distancing is not possible.

Halifax Regional Police received support for the change from the Opposition Progressive Conservatives after four officers tested positive for COVID-19 earlier this month.

This report by The Canadian Press was first published March 19, 2021.