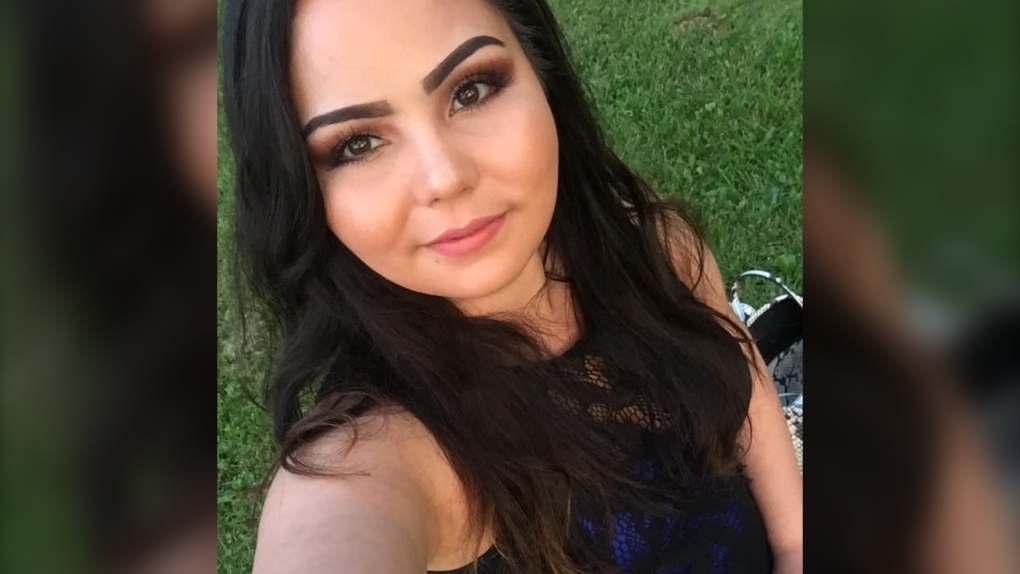 Chantel Moore was shot and killed by a police officer who was conducting a wellness check at her apartment in Edmundston, N.B., on June 4, 2020. (Facebook)

EDMUNDSTON, N.B. -- The young Indigenous woman who was shot and killed by police in Edmundston, N.B., last week was remembered Thursday as a kind soul who united family from both sides of the country.

A private funeral service for Chantel Moore, 26, was held in the New Brunswick community where she had moved three months ago to be near her mother and six-year-old daughter.

During the funeral, a picture of Moore sat atop her casket as firekeepers sang a healing song and family members consoled each other.

"We remember your gentle face and warm smile," said Mary Martin, Moore's grandmother. "You always had a kind word for everyone around you."

Martin said Moore's passing had left an enormous hole in their hearts.

"You will never be forgotten. You will always be remembered as the sweetest soul who now watches over us. No one will ever replace you," she said.

On the same day the funeral took place, the province's Department of Public Safety announced that a coroner's inquest would be held into Moore's death.

The coroner's service website says an inquest in New Brunswick is a formal court proceeding that allows for public presentation of evidence relating to a death, but doesn't make findings of legal responsibility or assign blame.

However, coroner's jurors can make recommendations to help prevent deaths in similar circumstances, which are forwarded to government departments. Responses of the departments are published in the coroner's annual response.

The family has said it is devastated by Moore's death, and wants answers from public officials on what occurred.

Members of the Wolastoqey people in New Brunswick expressed their sympathies at Thursday's service and said a prayer to celebrate Moore's life.

A paddle, which was a gift to the family, was placed near the casket as a show of the connection between family in British Columbia and New Brunswick.

Much of the ceremony was focused on healing, and a number of healing walks are planned for a number of communities in New Brunswick and Nova Scotia on Saturday in memory of Moore.

One of the firekeepers said "love is the key and that is what this family has shown."

"Chantel was love. She was sunshine," he said.

According to her obituary, Moore leaves behind her parents Eugene Moore and Martha Martin, her six-year-old daughter Gracie, her brother Mike Martin, and sisters Courtney and Kaylee Martin.

Her death is being investigated by Quebec's independent police investigation agency, the Bureau des enquetes independantes.

Its findings on what occurred are provided to the public prosecution service and the RCMP, but the agency says it doesn't make recommendations on whether to lay charges.

Edmundston police have said the shooting occurred after an officer performing a wellness check allegedly encountered a woman with a knife.

There have also been calls for a broader inquiry to examine systemic bias against Indigenous people in the province's policing and criminal justice systems.

New Brunswick's minister of Aboriginal affairs backed the call for the inquiry Wednesday, saying the province has a problem with systemic racism toward Indigenous people.

Jake Stewart said he believes a separate inquiry to examine systemic racism in policing and the justice system could begin before the BEI files its report.

He said such an inquiry would be separate from the investigation into Moore's death and said he would bring the idea to cabinet.

-- by Kevin Bissett in Fredericton and Michael Tutton in Halifax.

This report by The Canadian Press was first published June 11, 2020.