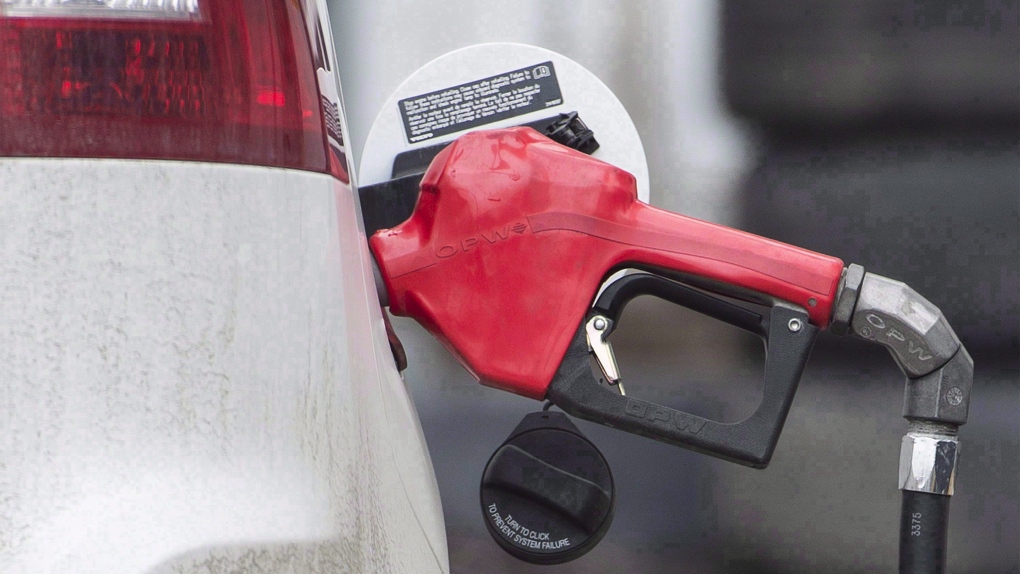 A gas pump is shown at a filling station in Montreal, Wednesday, April 12, 2017. (THE CANADIAN PRESS/Graham Hughes)

HALIFAX -- The prices of gasoline and diesel oil in Nova Scotia will be going down as of midnight Tuesday.

The Nova Scotia Utility and Review Board announced it would be adjusting the prices due to significant shifts in the market prices of both gasoline and diesel oil.

Crude oil prices sank to a four-year low on Monday after Russia refused to roll back production and Saudi Arabia responded by launching a crude price war by vowing to ramp up output.

Normally, prices in Nova Scotia are set on Friday. However, the Nova Scotia Utility and Review Board can use the interrupter clause when the market price for petroleum fluctuates by more than six cents per litre.

Currently the minimum price in Nova Scotia for regular self-serve gasoline is 105.9 and 102 cents a litre for diesel.

The New Brunswick Energy and Utilities Board says it does not comment on the price of gasoline and whether the interrupter clause would be used.

The last time the interrupter clause was used in Nova Scotia was in­ June 2019.