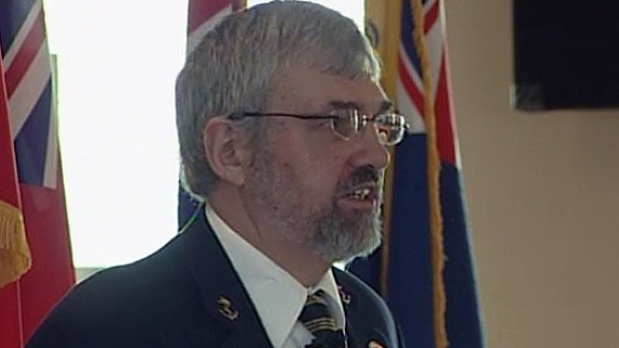 Pastor Robert Lawther is accused of sexually assaulting three girls under the age of 16.

A Nova Scotia pastor is facing three charges of sexual interference involving three children under the age of 16.

Staff Sgt. Mike Kennedy says the charges stem from incidents that occurred over the last five years in Glace Bay and they involve three different girls.

He also says police launched an investigation after receiving complaints about Lawther from parents last month.

Lawther appeared in Sydney provincial court Wednesday afternoon and was released on a recognizance with several strict conditions, including that he stay away from areas where children are likely to gather. He has also taken a leave from his pastoral duties.

Lawther is due to return to court to enter a plea on Aug. 22.