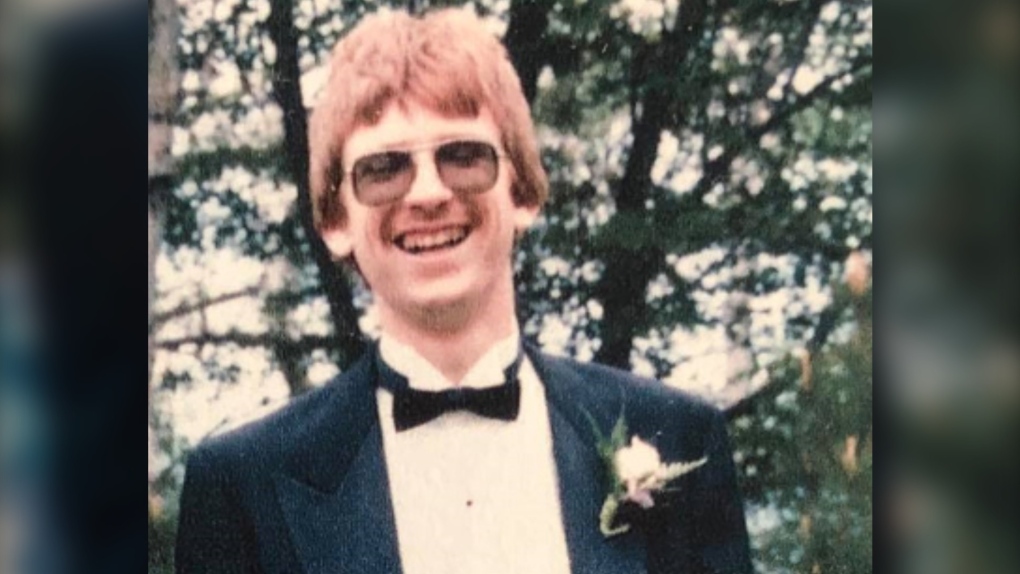 Jamie MacKay is shown in this 1991 handout photo. Less than two weeks after police arrived on the scene where Pictou County man Jamie MacKay was victim of an attempted murder, a GoFundMe created in his name has blown past his family's expectations. The fund was launched by Jamie's nephews, Graeme and Conner MacKay, with an original goal set at $1,000 on Jan. 6. As of Jan. 18, however, the online fundraising efforts have raised $9,380, nearly 10 times the goal. (THE CANADIAN PRESS/HO - Graeme MacKay)

ABERCROMBIE, N.S. -- An online fundraising campaign for a Pictou County, N.S., man who was the victim of an attempted murder has far exceeded his family's expectations.

The GoFundMe drive was launched Jan. 6 by the nephews of Jamie MacKay, who suffered third-degree burns on 50 per cent of his body after a man allegedly tried to burn down his home.

"I definitely expected it to break the goal, but nowhere near that," Graeme MacKay said during a recent interview. "That just blows my mind, seeing just how helpful everyone is to pot in that much money and to help a person in need in our community."

Police arrived to MacKay's home on Jan. 4 to see it engulfed in flames. Outside were MacKay and three women. The RCMP said a man who was known to the women had entered the home, sprayed an accelerant inside and ignited the fire.

MacKay was severely burned but the three women were uninjured. The man who lit the fire was arrested later that evening and charged with several offences, including attempted murder, assault and arson.

"It was very, very devastating," said Graeme MacKay. "Me and my dad went out there and it was pretty surreal to see all the fire trucks and cop cars."

MacKay has burns that cover his neck, arms, chest and upper legs and he remains in a medically induced coma, according to his family.

"It's really overwhelming, just the response, we weren't expecting it," McKay's brother Dave said during a recent interview, about the fundraising success.

MacKay has a long road of recovery ahead of him, his brother said, adding that along with the money, members of the community have offered their support to the family. One has even offered to help rebuild MacKay's home.

"He was just very kind, caring and very helpful. He put others before himself," Graeme MacKay said.