Good viewing conditions for Harvest Moon in the Maritimes 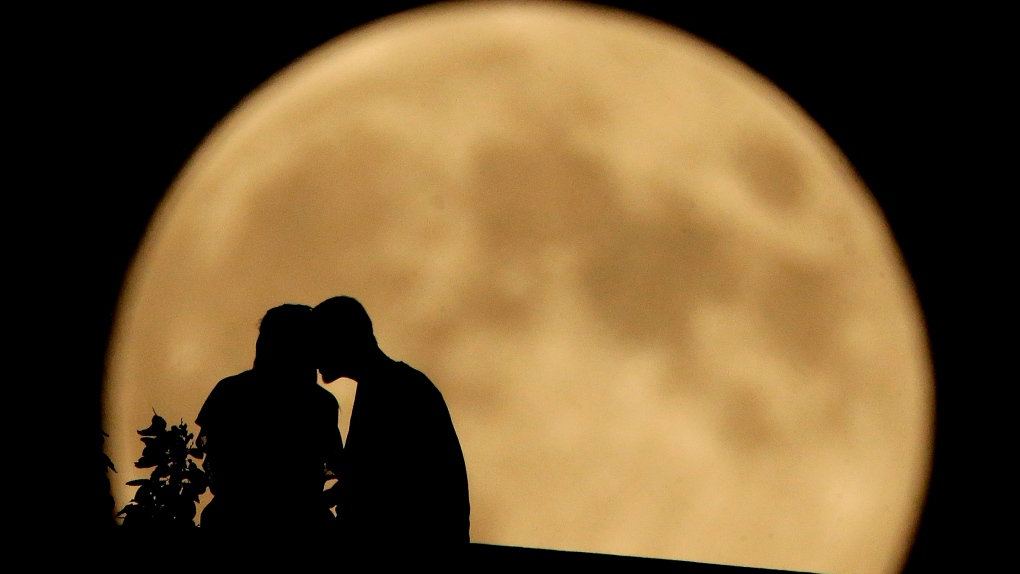 A couple sits on a bluff overlooking the Missouri River as the harvest moon rises in the distance Monday, Sept. 8, 2014, in Kansas City, Mo. (AP Photo/Charlie Riedel)

HALIFAX -- Maritimers are in luck when it comes to viewing the full Harvest Moon on Thursday evening.

While much of Ontario and Quebec contend with mostly-to-partly cloudy skies, just a few clouds are expected in the Maritimes.

Some fog will develop near and after midnight and is likely to be most widespread on the Bay of Fundy coastline of New Brunswick and for Nova Scotia. Where that thickens up, viewing could be obstructed, so it would be best to catch that moon Thursday evening. 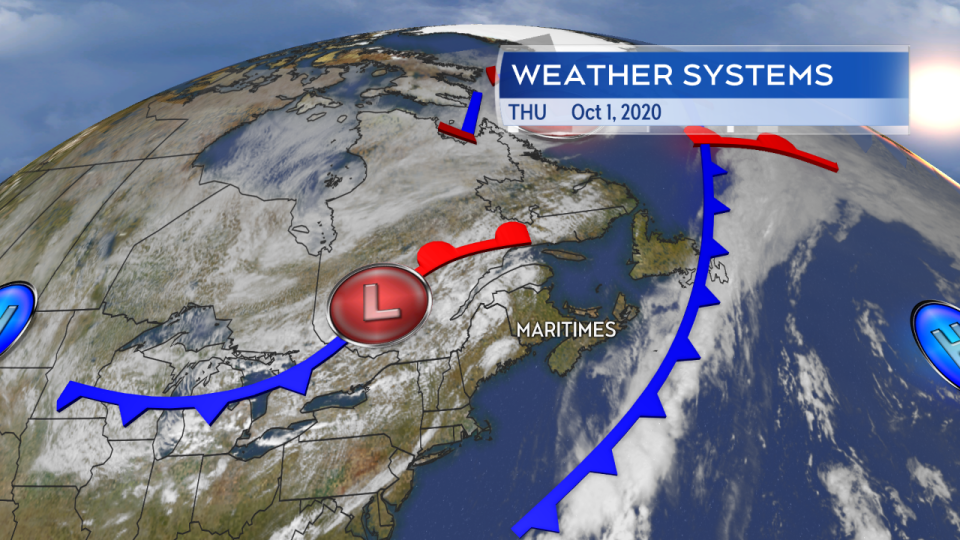 Catching a break between systems, the Maritimes will be relatively cloud-free compared to Ontario and Quebec Thursday evening. Fog is expected to develop overnight and may restrict night-sky viewing for some areas.

Most temperatures will fall into the low teens Thursday, but temperatures will be in the single digits in some areas in the northwestern corner of New Brunswick, where you will probably want something a bit warmer if viewing late at night. 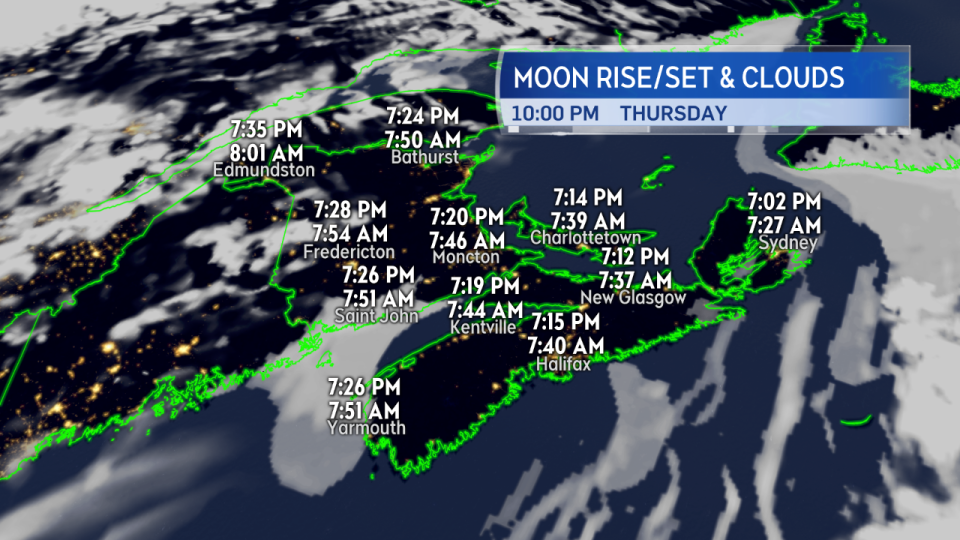 Moonrise and moonset times at various locations across the Maritimes.

This is the first of two full moons this month. The second will occur on Oct. 31, making it a rarer Blue Moon. The last occurrence of a Blue Moon was on March 31, 2018. Let's hope for similar viewing conditions for the end of this month.