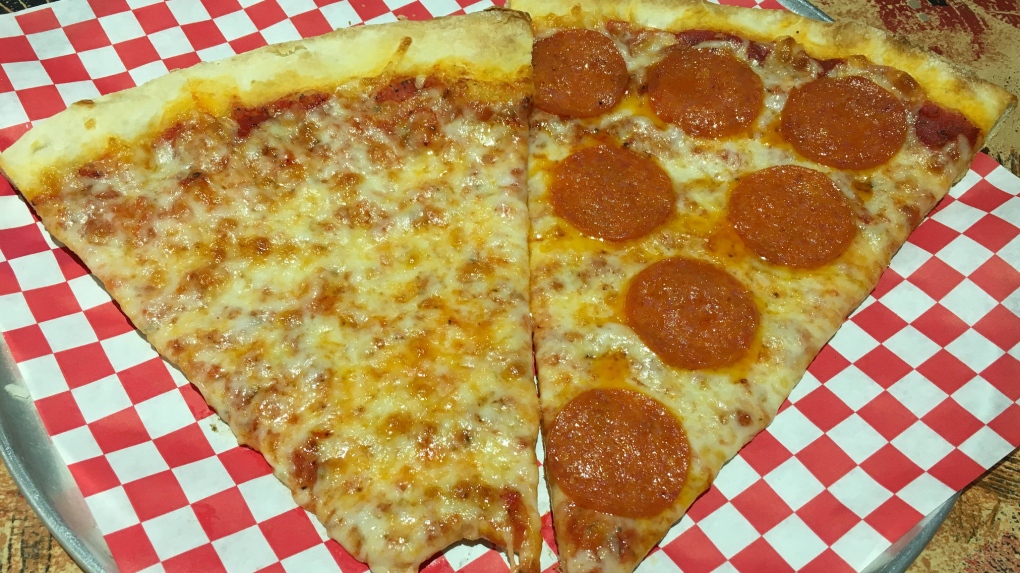 Slices of pizza are shown in this file photo. (Counse / Flickr)

CHARLOTTETOWN -- A promotion launched by the P.E.I. government to get people back into Island restaurants proved such a success the government increased its funding by $375,000.

The province initially invested $500,000 into the Dine In and Save program, which covers half the tab at restaurants -- up to $15 per person. Restaurants reported a huge increase in business over the last week.

"It's been really successful for us and allowed us to have extra staff on for these days," Andrew Weeks, manager of Piatto Pizzeria in Charlottetown, said Tuesday.

The two-week program was launched March 21 and runs between Sundays and Wednesdays -- traditionally slower days of the week for restaurants.

Economic Growth, Tourism and Culture Minister Matthew MacKay said after a tough year because of the COVID-19 pandemic, the government wanted to get people back in restaurants.

"It worked out better than we ever thought," Mackay said in an interview Tuesday. "We knew it was a good idea, but we didn't know what the uptake would be. It has completely blown us away how good it's worked."

Weeks said business has risen by up to 40 per cent and he has attracted new clients. "The Dine In and Save program brought some new faces into the restaurant," he said. "It has allowed us to promote ourselves to a market that might not normally be here."

The discount covers meals and non-alcoholic beverages served at one of the more than 70 participating restaurants across the Island. MacKay said $500,000 was allocated to the program, but it was such a success the government had to add another $375,000.

"This shows we can get out safely," the minister said. "People were able to get out and support their different restaurants. I think it has done what we wanted it to do."

James Davis of Gentleman Jim's restaurant in Summerside was out of breath Tuesday as he tried to keep up with the rise in the number of customers during the lunch hour. "I'm full with a lineup right now," he said. "It's a Tuesday at the end of March. March is usually one of our slower months.

"For a year, people were told don't go to restaurants," Davis said. "They get a little scared. This helps them get back out the door a bit with 50 per cent off."

Both Davis and MacKay said they hope as people go back to restaurants, they'll also go to other places such as salons and retail stores, to help boost the economy.

Davis said a few crafty patrons asked if they could pay ahead for meals next week in order to get the discount, but he had to say no. The promotion ends Wednesday, March 31.

Premier Iain Rankin said people want to be able to have a meal without leaving their dogs at home. "The new rules will still protect food safety and allow restaurants to offer this option if that's what their customers want," he said.

Individual business owners can decide whether to allow pet dogs, limit the number of dogs, or ask a customer to remove the pet if it is misbehaving.

This report by The Canadian Press was first published March 30, 2021.