A family from Truro, N.S. is dealing with shock and anguish over the death of a family member serving in the military.

They say warrant officer Michael McNeil struggled with post-traumatic stress disorder and never got over the death of a his cousin, who was also a soldier.

McNeil died Wednesday at the Canadian Forces Base Petawawa in Ontario and his family says he committed suicide.

McNeil is one of three Canadian soldiers believed to have committed suicide this week and his family is calling on the military to take better care of its veterans.

“The support that they get when they get home is almost nil,” says his uncle, Frank McNeil. “I mean, they’ve got an illness and they’re not looking after it.”

He says his nephew, a 19-year war veteran, suffered from PTSD after serving overseas in Kosovo and Bosnia.

“I’m hurt to think that there wouldn’t be someone to help these young guys.

Six years ago, McNeil spoke at a memorial after his cousin, warrant officer Frank Mellish, was killed in Afghanistan.

Barrey Mellish, McNeil’s uncle, says the two cousins were closer than brothers and the death took a toll.

“Michael blamed himself for not being there to protect his big brother and that was the start of Michael’s stress,” says Mellish.

He says being alone in Petawawa with no family support nearby also may have affected his nephew.

“There’s no doubt in my mind that hearing about two other guys committing suicide the day before, or a few days before, out in Shilo, got to him and he was just in so much pain by himself that he couldn’t take it anymore,” says Mellish.

In the House of Commons on Thursday, federal Defence Minister Rob Nicholson expressed his condolences to the soldiers’ families and friends.

“They have the opportunity to look after our troops. By God, they look after their politicians in fine fare, and they should do as much for their troops,” she says.

Funeral arrangements have yet to be finalized. 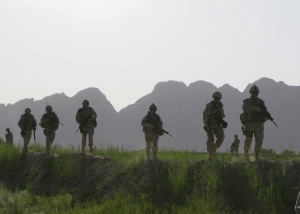 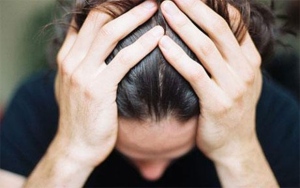