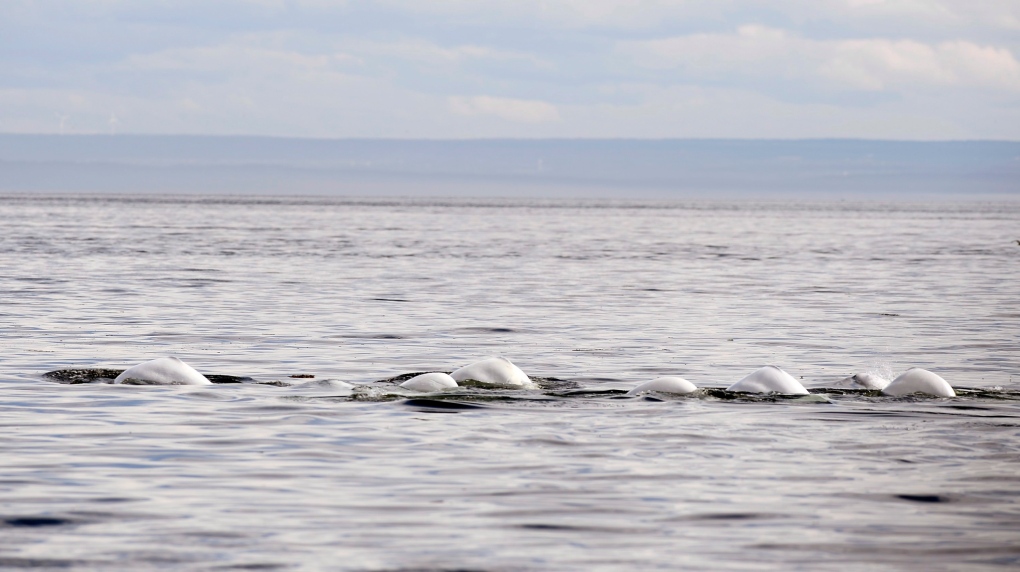 HALIFAX -- After three years of searching, a U.S.-based conservation group has selected two prospective sites in rural Nova Scotia for a kind of ocean retirement home for beluga whales raised in captivity.

The Whale Sanctuary Project confirmed Friday it is talking to residents and government officials in the Sheet Harbour and Sherbrooke areas along the province's rugged and sparsely populated Eastern Shore.

"We are focusing on Nova Scotia for the site for (our) first sanctuary for captive beluga whales," said Lori Marino, president of the non-profit group. "There are a couple of sites in Nova Scotia that we have our eye on."

However, Marino said a formal proposal won't be submitted to regulators or local residents until more research is completed and community support is secured.

"This is not something you can come in ... and impose on a community," she said in an interview. "That's why it's taken a little bit longer than we anticipated."

The group's original deadline for a final decision on a site was the end of 2018.

Marine biologist Hal Whitehead, a professor at Dalhousie University in Halifax, said whales raised in captivity can't be released into the wild because they don't have the skills to fend for themselves.

Whitehead, one of the Whale Sanctuary Project's many international advisers, said the group understands it will be shut out of Nova Scotia unless it wins the trust of locals wary of losing access to the waters in the sanctuary zone.

"They've spent a lot of time talking to people -- the locals and officials at different levels of government, as well as native people," he said.

"They're doing it the right way ... but it only takes some vociferous person to whip up opposition on a Facebook page, or some bureaucrat to dig their heels in and say, 'I'm not going to give you a permit."'

Marino said her group is leaning toward a site south of Sheet Harbour, just off Mushaboom, mainly because its nearby islands provide protection from the open ocean, and the currents regularly flush out the area.

The group's tentative $20-million plan is to use nets to create a 40-hectare enclosure around an inshore area known as The Gates, which is between Malagash Island and two other islands: West Gibbs Island and East Gibbs Island.

The ocean area would be 300 times larger than the largest whale tank in any marine park, said Marino, a neuroscientist and expert in animal behaviour who has studied marine mammals for 25 years.

"In Sheet Harbour, we have an excellent site from a physical point of view, but we are still engaging with the community to make sure that we answer all of their questions and concerns."

A meeting with residents in Sheet Harbour, which is about 120 kilometres east of Halifax, is slated for Dec. 16.

But the site near Sherbrooke, about 80 kilometres farther east at Port Hilford, is still in the running.

While the Sheet Harbour site may have superior physical attributes, it does have its drawbacks, Marino said.

"In Sheet Harbour, we have a very strong contingent who are on board ... but there are some -- a small segment of the community -- who are very vocal about their concerns," she said, adding that some fishermen and boaters are not in favour of the project.

"In Sherbrooke, we have pretty much no resistance."

Once a site is selected, the private group plans to launch a campaign to raise all of the money it needs to run the facility, which will include a veterinary clinic staffed full-time and a nearby interpretation centre -- though the total number of new jobs remains unclear.

If the project is approved for either site, the enclosed area could provide sanctuary to between six and eight belugas that would be transferred from the roughly 200 belugas now being kept in marine parks and aquariums around the world.

The MarineLand Park in Niagara Falls, Ont., has about 50 belugas in its tanks.

Marino said her group is still looking at whale sanctuary sites in British Columbia and Washington state, but those prospective sites would be used primarily for killer whales retired from marine parks.

Meanwhile, a beluga sanctuary has already opened in southern Iceland. The Sea Life Trust Beluga Whale Sanctuary has two belugas from China -- Little Grey and Little White -- in temporary tanks. They are expected to be moved to an enclosed cove this spring.

This report by The Canadian Press was first published Dec. 6, 2019.