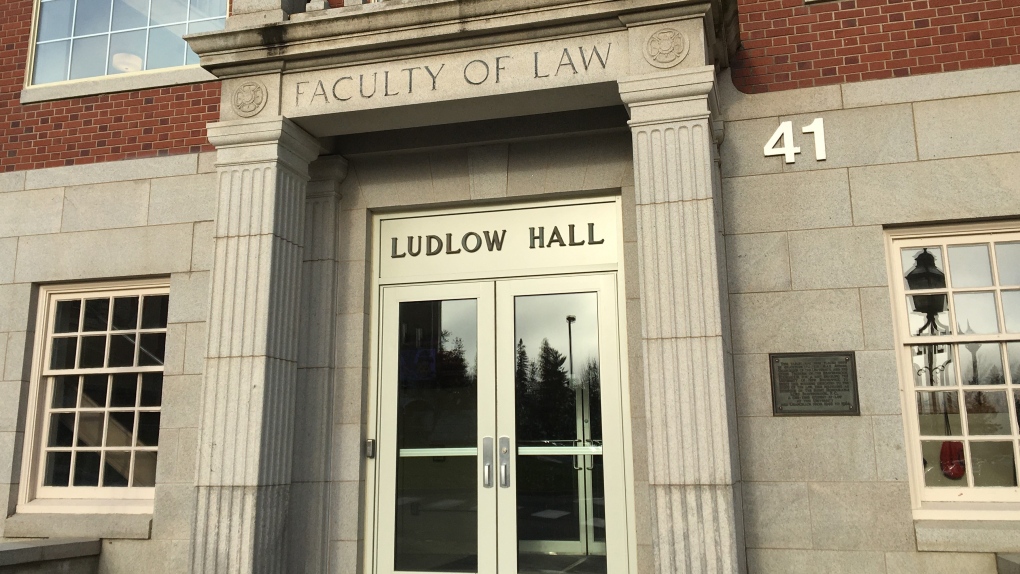 FREDERICTON -- FREDERICTON -- The University of New Brunswick has appointed a working group in response to pressure to remove George Duncan Ludlow's name from its law faculty building in Fredericton because of his connections to slavery and indigenous abuse.

The Law Students Society and UNB Student Union have been calling for the name of the building to be changed as soon as possible.

UNB President Paul Mazerolle says it's an important question that needs to be addressed, and that is why he has asked a group of eight academics and student representatives to examine the issue and report back to him by May 1.

"Names on buildings, names on roads, they exist for a lot of reasons -- some of it historic, some of it acknowledging contributions. They do speak to values at institutions, so it is something that is very important to us at UNB," he said in an interview.

"We're a Loyalist-established institution, so we've been around since 1785, and we have lots of buildings, roads and rooms."

Ludlow was a Loyalist from New York who became New Brunswick's first chief justice in the 1780s. Nicole O'Byrne, a law professor and legal historian at the university, said that even before Ludlow Hall opened in 1968, faculty raised concerns about his decision on slavery.

"They raised the issue that maybe this would not be the best name for the building, O'Byrne said in an interview. "The president went ahead with the name -- the decision had already been made."

She said it was later learned that Ludlow was also a longtime member of the board of directors for the Sussex Vale Indian Day School, which contracted out First Nations children as indentured servants. O'Byrne said she started hearing about Ludlow from students in 2015 as Canada's Truth and Reconciliation Commission completed its final report.

Mazerolle said a final decision on Ludlow Hall will be made in May.

He said that after the working group presents its report on Ludlow, it will continue its work into 2021, examining the university's naming policies and reviewing the names used on all buildings, roads and rooms on the university's Fredericton and Saint John campuses.

"We are really committed to doing this process. We think it is an important time for the university. We will be taking the recommendations very seriously and we'll be acting appropriately," Mazerolle said.

"I think we owe it to ourselves to be holistic on this, but also to be fair to history as well," he added.

Last January, the City of Halifax removed a statue of Edward Cornwallis, who founded the city in 1749. The removal was considered an act of reconciliation over a Cornwallis proclamation offering a bounty to anyone who killed a Mi'kmaq person.

Then last August, a statue of Sir John A. Macdonald, Canada's first prime minister, was removed from the steps in front of Victoria City Hall, also as a reconciliation gesture over his part in creating the country's residential school system.

This report by The Canadian Press was first published Jan 9, 2020.