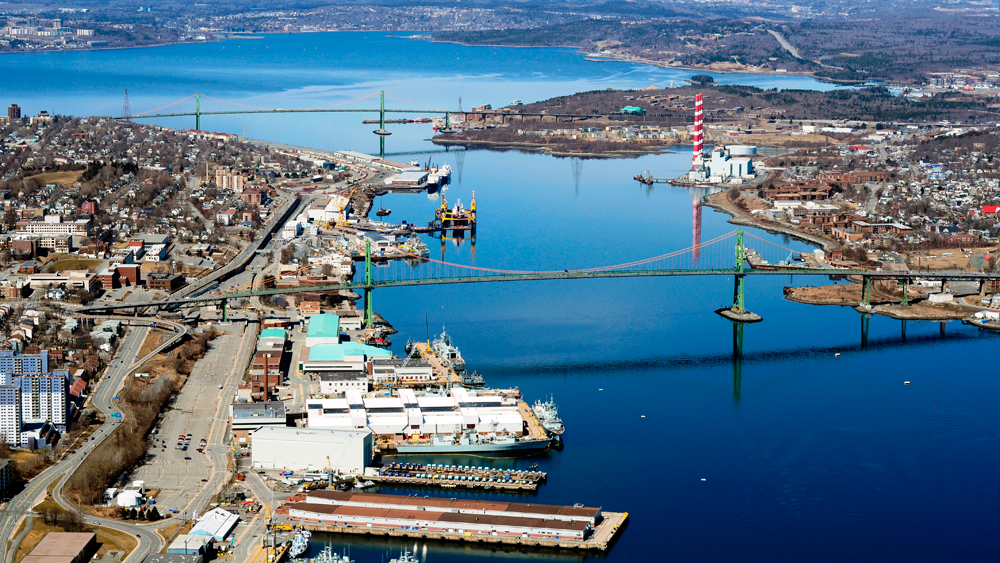 The communities of Halifax, Dartmouth and Bedford are seen in this aerial shot of the Halifax Harbour and Bedford Basin. (Val Kyte)

Halifax's economic development agency is touting the city's off-the-charts population growth in 2016, thanks mostly to a surge of international immigrants.

The population increase is the highlight of this year's Halifax Index, an annual overview of the state of Nova Scotia's capital city presented Wednesday by the Halifax Partnership.

Ian Munro, chief economist with the organization, called the population growth -- which beat out the national average -- "spectacular."

"I don't know yet if that's a trend or a blip," he said in an interview. "We have to wait to see what next year holds. But it's certainly positive."

Most of the population growth came from international immigrants, who made up three-quarters of the city's new residents.

Even without the one-time wave of Syrian refugees, it was still a record year for Halifax.

"The population numbers from last year are really out of the park," Munro said. "I'd like to think it's a sign that the efforts the city is putting into attracting immigrants are paying off. The question is can we do it again next year."

Meanwhile, GDP growth was also strong in 2016, ticking up 2.2 per cent. But GDP is expected to taper off as some large projects wind down.

The uptick in growth was propelled chiefly by the manufacturing sector, which grew by five per cent largely due to a ramping up of shipbuilding work at the Halifax Shipyard.

Under the index's quality-of-life indicator, the overall crime rate dropped 3 per cent in Halifax in 2015, the most recent year available, but violent crime increased five per cent.

Meanwhile, Halifax's per capita income was $44,244 last year, falling short of the national average and among the lowest compared to six benchmark cities of comparable size.

The average monthly rent for a two-bedroom apartment was among the highest of the cities examined, increasing 1.4 per cent to $1,063.

A City Matters survey presented alongside the Halifax Index found nearly half of the city's residents found the cost of food and groceries not very or not at all affordable, with 20 per cent saying they sometimes need to choose between food and other necessities.

As for Halifax's labour force, the number of Baby Boomers entering retirement continues to grow, reducing labour force participation rates, according to the Halifax Index.

Employment in the arts and culture sector dwindled for the second year in a row, with 300 jobs lost, the Halifax Index found. Wages also decreased by $3 an hour, compared to a 70 cent wage bump across all other sectors.