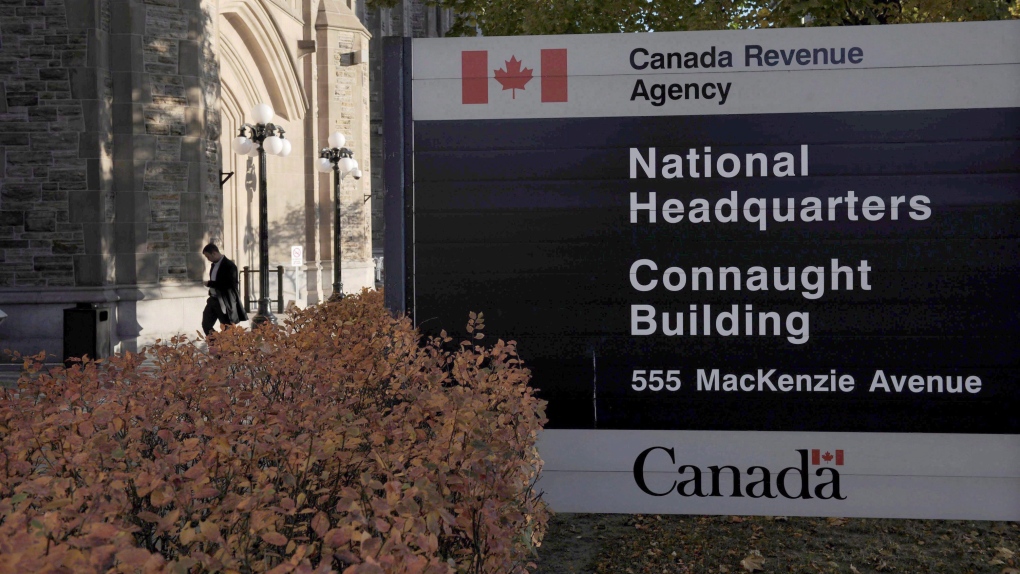 The Canada Revenue Agency headquarters in Ottawa is pictured on November 4, 2011. (Sean Kilpatrick / The Canadian Press)

HALIFAX -- A Halifax businessman is facing a fine of more than $113,000 after an investigation revealed he falsified statements on his GST/HST returns.

The Canada Revenue Agency says Pantelis Panagiotis Giannoulis, a hotel and restaurant owner, has been sentenced to pay a fine equivalent to 100 per cent of the taxes evaded -- $113,223 -- after pleading guilty in Halifax provincial court.

A news release from the revenue agency says that in addition to the court-imposed fine, Giannoulis will have to pay the full amount of tax owing, plus related interest and penalties.

Over the two quarterly periods, Giannoulis was supposed to remit the sales tax collected by both of his establishments: the Comfort Hotel Bayer's Lake and the restaurant then known as the Canadiana Pub and Grill.

The agency's investigators found, however, the unreported cash went directly to both the hotel and the restaurant.

This report by The Canadian Press was first published Jan. 6, 2021.