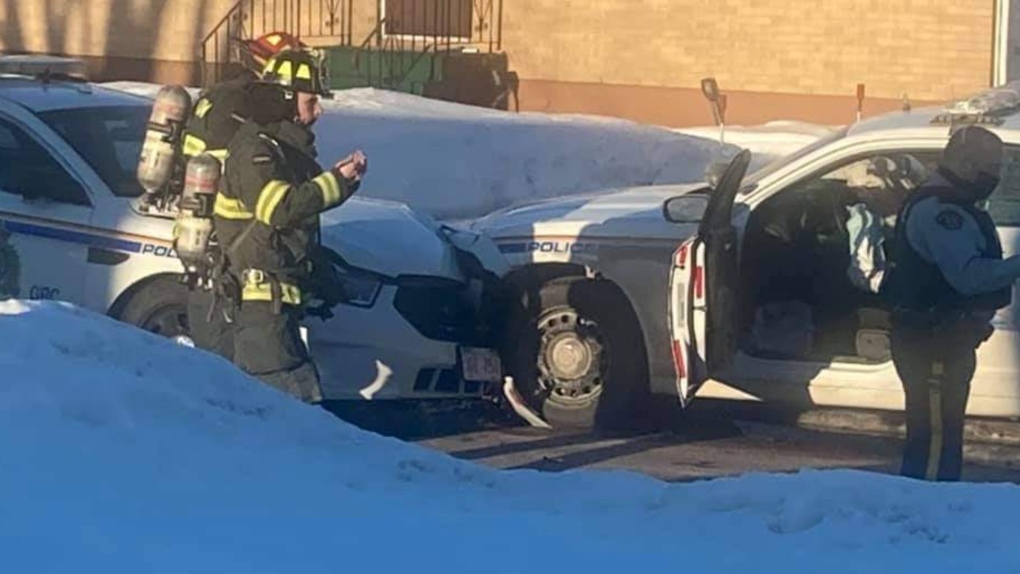 Emergency crews, as they work in the aftermath of the incident. (Photo: Facebook/Samantha Mannette)

HALIFAX -- A 27-year-old man from Halifax has been charged with assaulting a police officer after an incident in Moncton.

Just before 5 p.m. on Saturday, the Codiac, N.B. RCMP responded to a report of a disturbance at a convenience store on Killam Drive in Moncton.

Nearby, police found a man and woman they believe were involved. Officers identified the man as a person of interest in other investigations, and attempted to arrest him, but a struggle ensued.

Police say the man then got into a nearby police car, and tried to drive it away, crashing into a second police vehicle that had just arrived.

The man ran away on foot, and police managed to track him down and arrest him, a short distance away.

John Jay Anderson is charged with assaulting a police officer. On Sunday, he appeared in Moncton Provincial Court over video conference. He was remanded into custody, and scheduled to appear in court on Wednesday for a bail hearing.