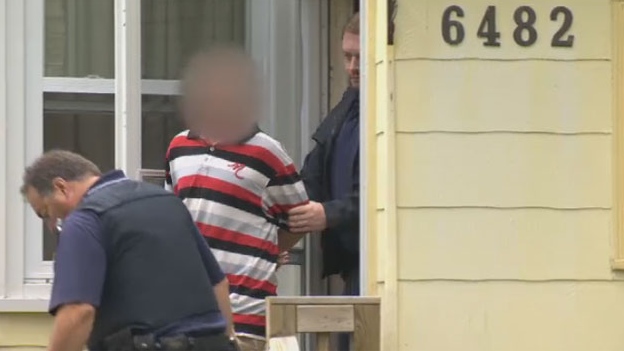 An unidentified man is arrested at a Halifax home in the city's west end on Aug. 1, 2012.

The agency says 19-year-old Conor Lively and 19-year-old Craig Redmond, both of Halifax, were arrested Wednesday after officers carried out a search under the Customs Act in relation to the suspected smuggling of prohibited weapons.

Lively has been released and is due in court next month while Redmond will seek bail next week.

The agency says it is working with the RCMP and Halifax Regional Police to investigate the matter.