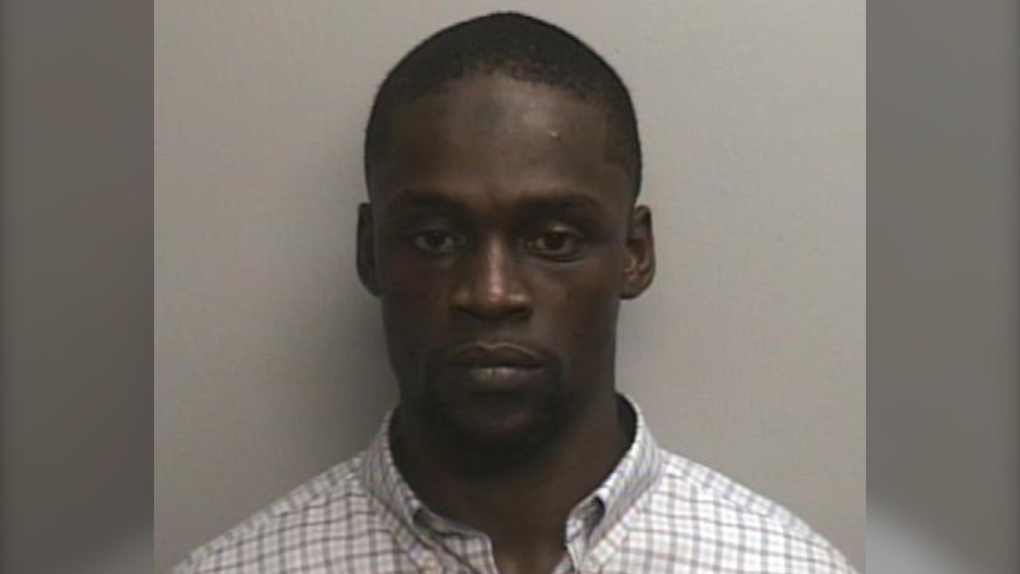 Police say at approximately 10:35 p.m. on May 9, officers arrested 28-year-old Robert Roech Chan without incident at an address in Halifax. (Photo via Halifax Regional Police)

HALIFAX -- Police in Halifax have arrested a man on an outstanding warrant for robbery in relation to a March incident where a Halifax Regional Police officer was captured on video pointing a gun at a man, and shouting what the chief of police called "unacceptable comments".

Police say at approximately 10:35 p.m. on May 9, officers arrested 28-year-old Robert Roech Chan without incident at an address in Halifax.

Chan is scheduled to appear in Halifax Provincial Court on Monday to face one count of robbery.

The charges stem from a March 26 incident on Halifax’s Wentworth Drive. Police say they responded to a weapons complaint at a building shortly after 6 p.m.

"Officers located four men in two vehicles at that location, one of whom was injured," Halifax police wrote in a news release. "Three of the men were arrested and the fourth man fled on foot."

The injured man and another man were released without charges a short time later. The injured man had non-life-threatening injuries and declined medical treatment. The third man, Derrick Coryaunt Allison, 30, of Halifax, was charged with drug and firearm related offences.

A video taken of the confrontation with police surfaced on social media the next day, appearing to show an officer pointing a weapon at a man with his hands up, sparking a widespread discussion about how the police officer handled the situation.

The audio on the 28-second video is poor, but at around the eight-second mark, the officer is heard saying something that sounds like, "I will fill you full of f—ing lead."

The video, which appears to have been taken from the balcony of a building, shows a man walking away from the officer as the two men are walking around a pickup truck in a parking lot.

The officer orders the man to stop, but he doesn't — and at one point the man says something that sounds like: "You're not allowed to shoot me in the back."

At the 19-second mark, the man drops his arms and sprints around an apartment building and out of the lot, as the officer appears to talk on a two-way radio. In the video, the officer does not fire or give chase.

"The video itself is what I would call a small piece of the entire interaction but what we can hear in the video is what appears to be inappropriate and unacceptable comments during a very high risk takedown that the officer was involved in," said Halifax Chief of Police, Dan Kinsella on March 27.

"Not only was he faced with a high risk takedown but he was also faced with an individual that was not following his direction at the time," Kinsella added.