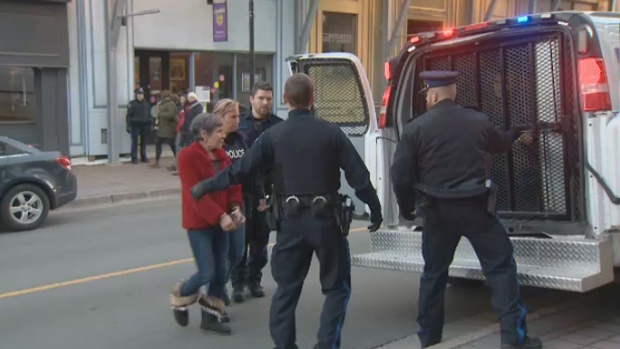 Shirley Martineau, the owner of Auntie's Health and Wellness, was arrested on Friday, Dec. 30, 2016.

Halifax Regional Police have charged four people during a drug search at a marijuana dispensary Friday afternoon, including its owner.

Shirley Martineau and three other men in Auntie's Health and Wellness were taken into custody around 2:45 p.m.

At the time, police said they weren't actively pursuing people selling cannabis in storefronts, although it is illegal.

“There was a public complaint and we investigated and initiated a search warrant,” said Const. Dianne Penfound, spokesperson for Halifax Regional Police. “Currently we had grounds to arrest people in custody.”

Police would not say when the complaint was made.

An ambulance and paramedics were also on scene. Police brought out a bag containing cash and various other items. @CTVAtlantic pic.twitter.com/JTa7VQwteT

Martineau faces an additional charge of cultivation of marijuana.

All four have been released and are expected to appear in Halifax provincial court at a later date.