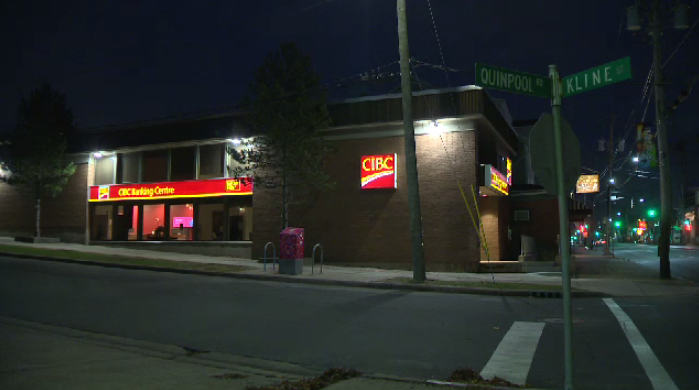 HALIFAX -- Halifax Regional Police are investigating after a bank was robbed on Thursday evening.

Police say a man demanded cash and indicated he had a weapon, although none was seen. The man fled the bank with a quantity of cash.

The suspect is described as a white man, approximately six feet tall with an average build. He was wearing a blue hoodie, track pants and a blue mask carrying a bag.

Anyone with information is asked to call police or Crime Stoppers.