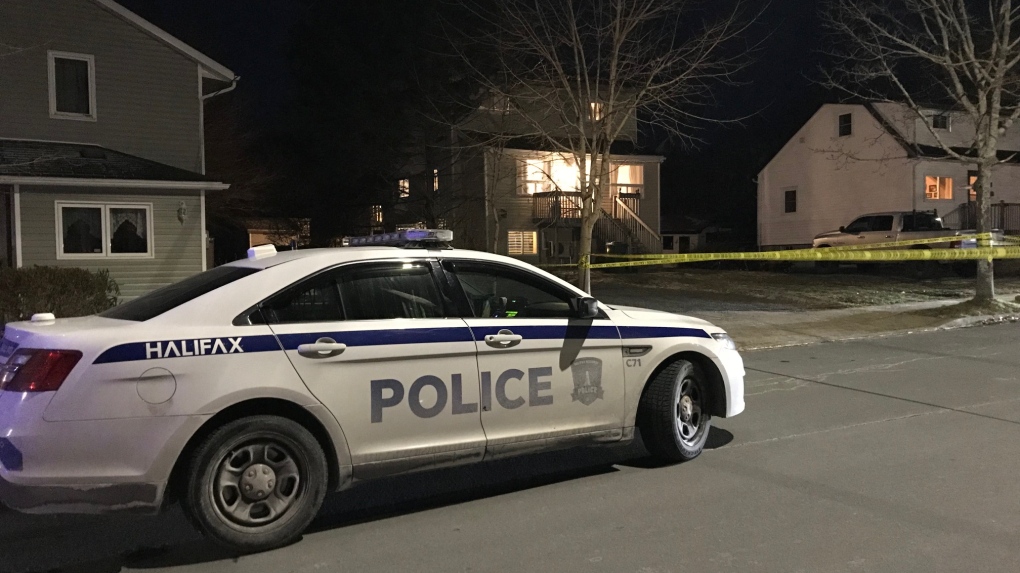 A Halifax police cruiser at the scene of a suspicious death in Spryfield that is being treated as a homicide. (JIM KVAMMEN CTV)

HALIFAX -- Police say a man who died under suspicious circumstances in the Halifax area on Friday night appears to have been shot inside his home.

In a release, Halifax Regional Police say they responded to a weapons call on Clovis Avenue in the community of Spryfield, N.S., just before 9 p.m.

They say 25-year-old Ryan Michael Nehiley was pronounced dead after being taken to hospital.

An autopsy is scheduled for Saturday afternoon, and investigators say they believe the man had been shot and there was more than one person involved in the alleged offence.

They say officers remain on scene Saturday to collect evidence and interview witnesses.