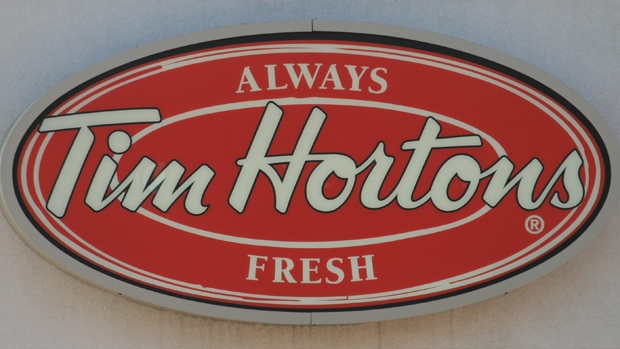 A Tim Hortons logo is shown in this file photo from Aug.25, 2010. (THE CANADIAN PRESS / Richard Buchan)

HALIFAX -- Halifax Regional Police are asking for help tracking down the owner of a "significant amount" of cash left at a Tim Hortons restaurant.

On Dec. 31, 2020, police say they were contacted about money left at the Tim Hortons at 7010 Mumford Road in Halifax. According to police, a man left behind the sum of money after getting his order and leaving the building.

The man is described as “dark-skinned”, in his forties, wearing a red puffy jacket with black shoulders, dark pants, with a toque and face mask.

Halifax Regional Police are asking anyone with information to contact them, or Crime Stoppers.