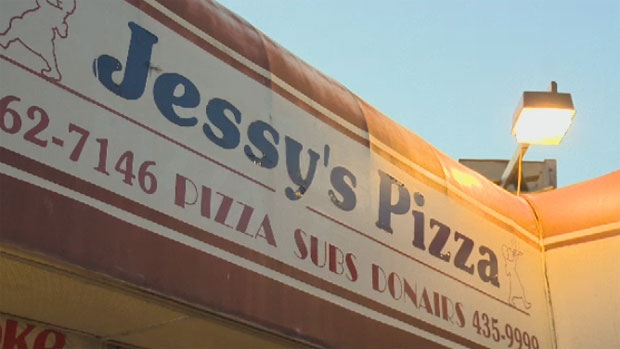 Halifax police are looking for a suspect after a robbery at a Dartmouth pizza shop.

Police say a man entered Jessy’s Pizza on Caledonia Road around midnight, and demanded cash from a male employee.

Witnesses told police he had a gun tucked into his pants.

Police say he fled the shop with an undisclosed amount of cash.

The suspect is described as a thin black man in his early 20s. He is five-foot-five with a moustache and was wearing a white hooded sweater and grey sweat pants at the time of the incident.